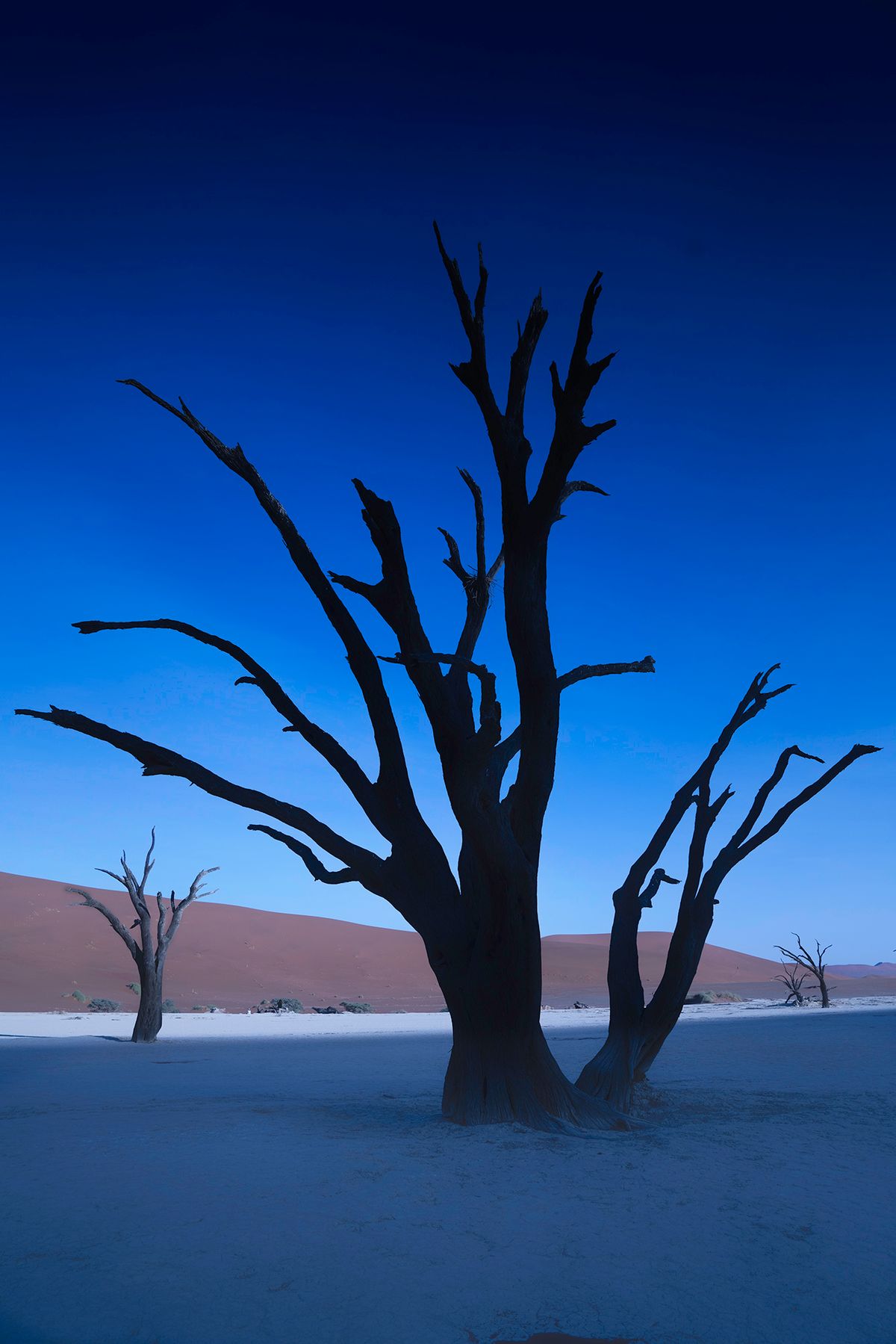 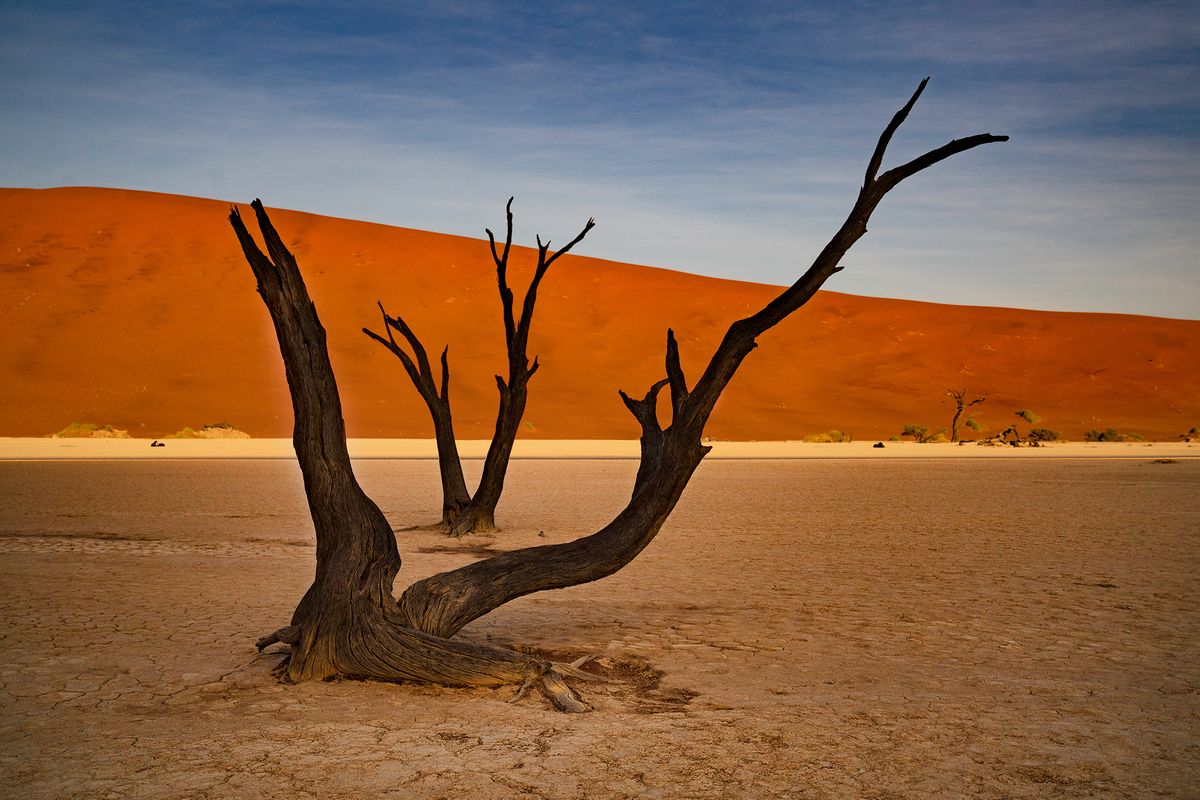 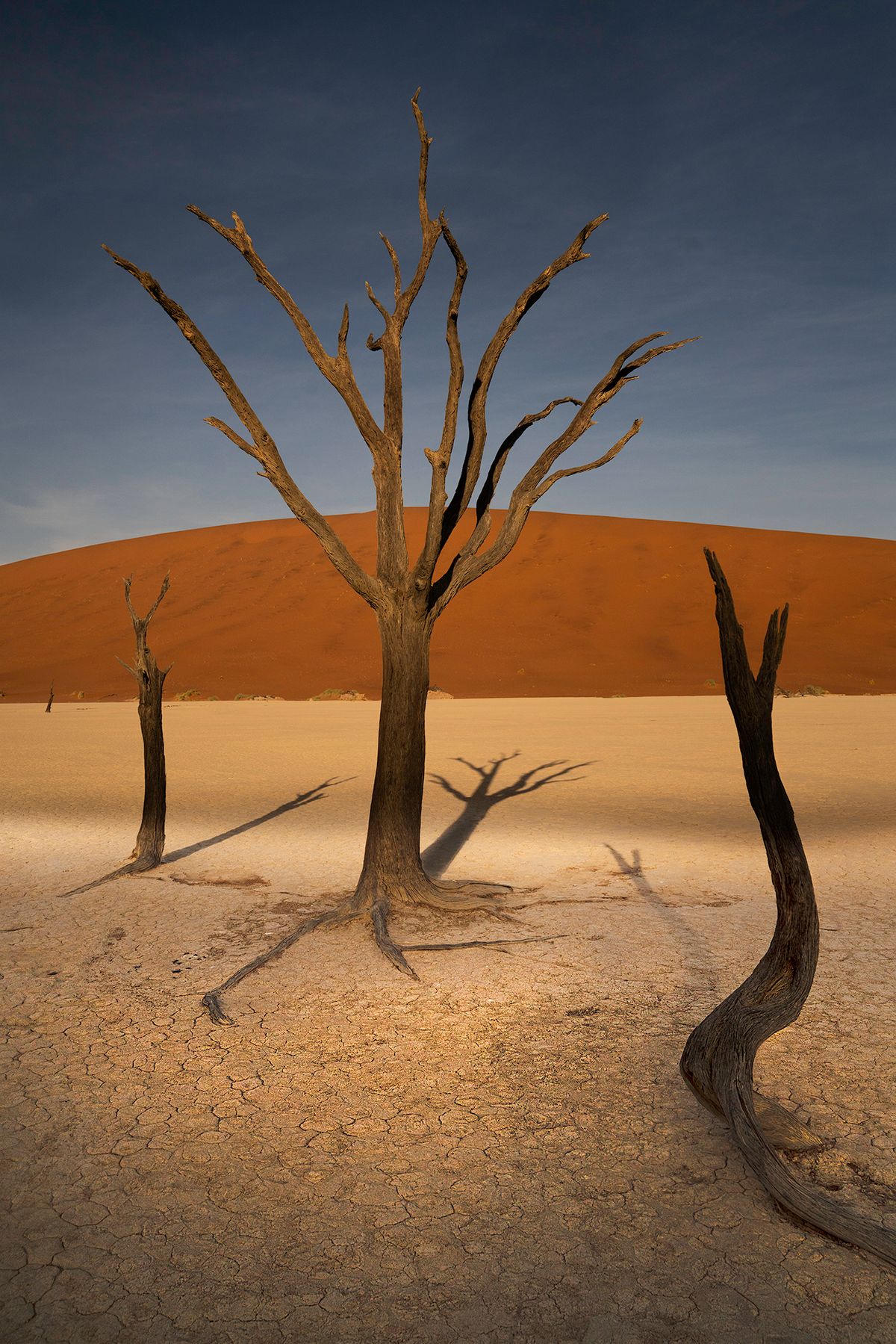 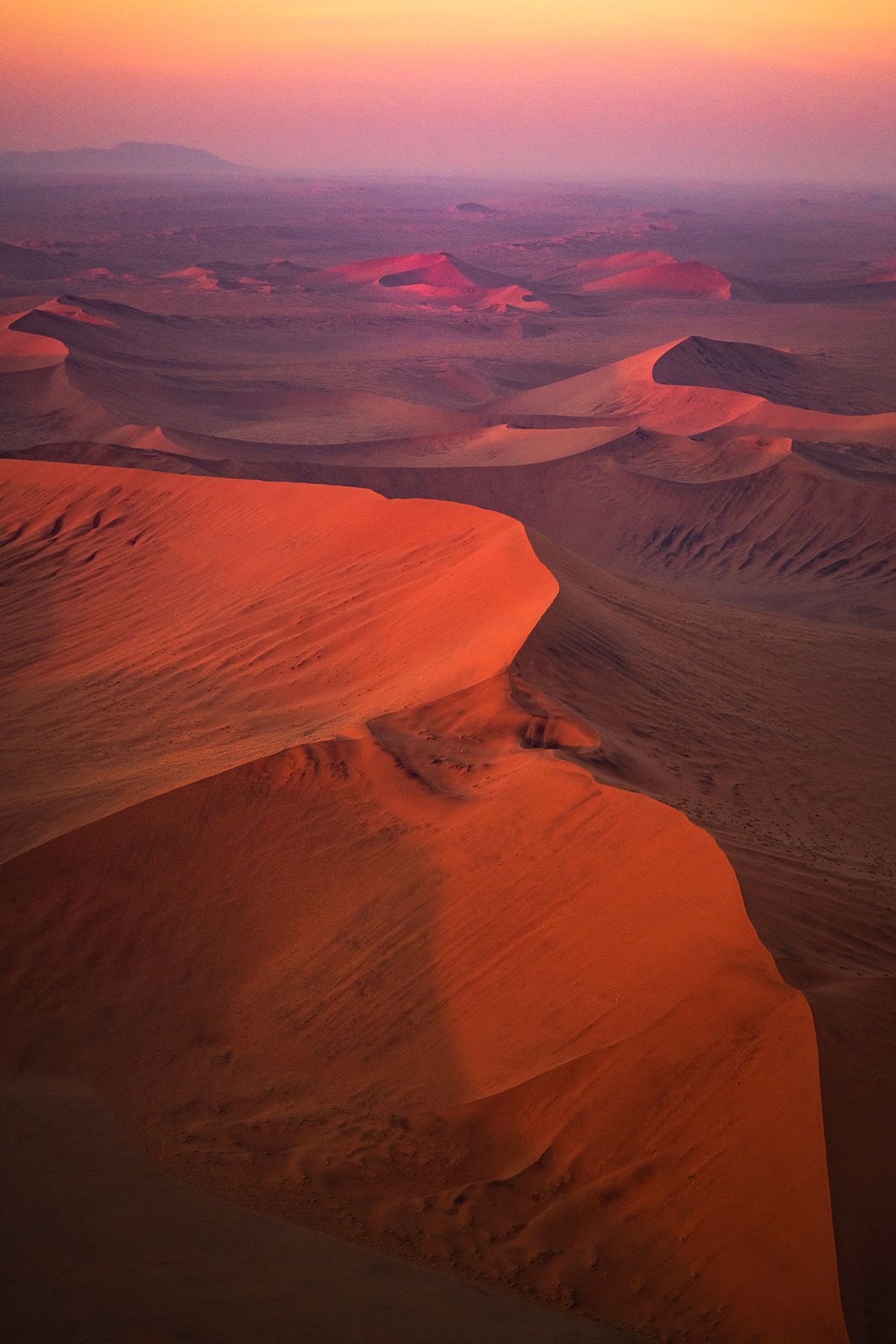 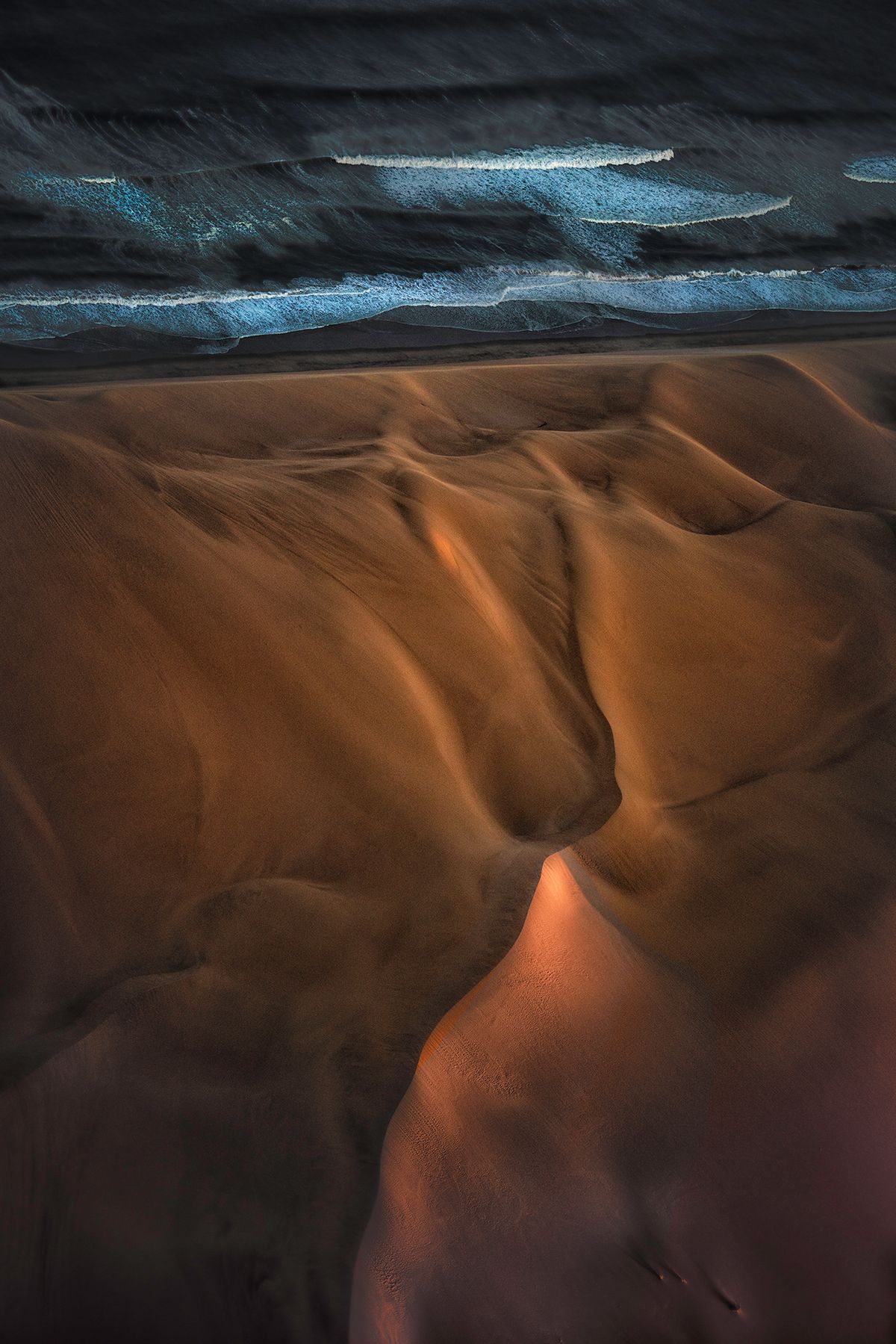 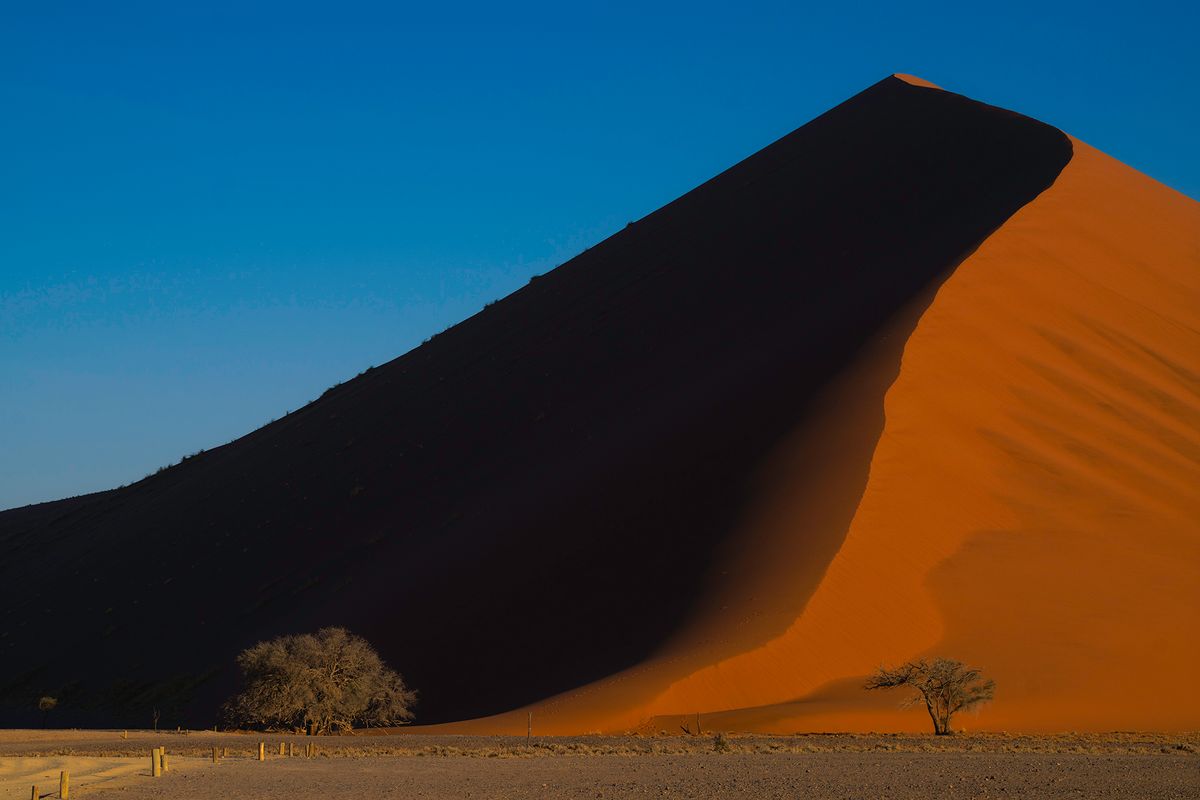 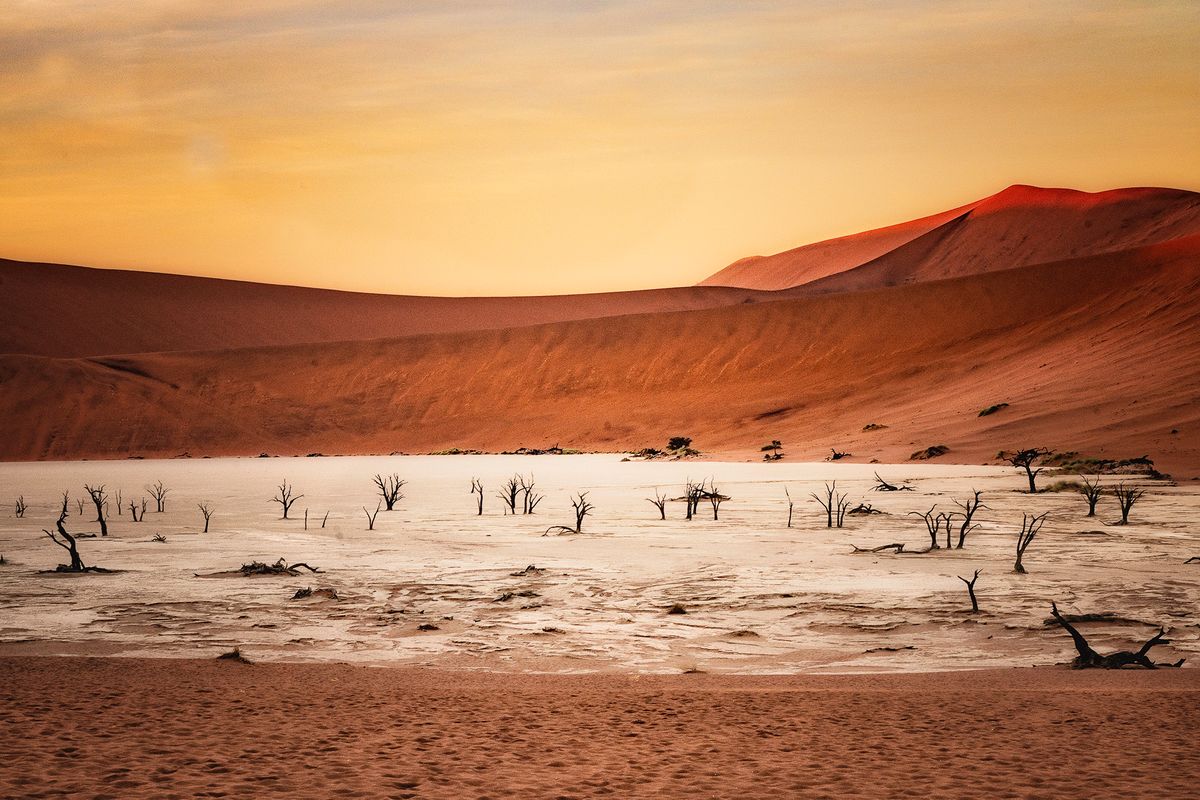 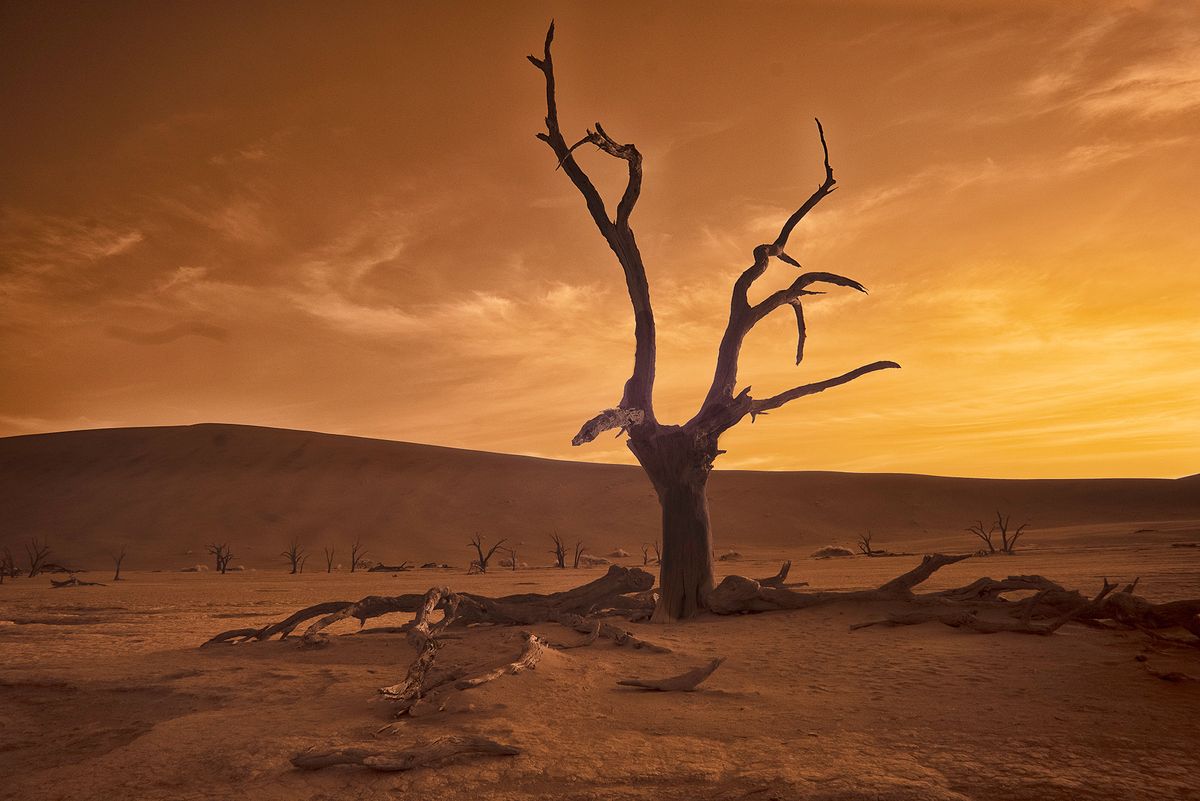 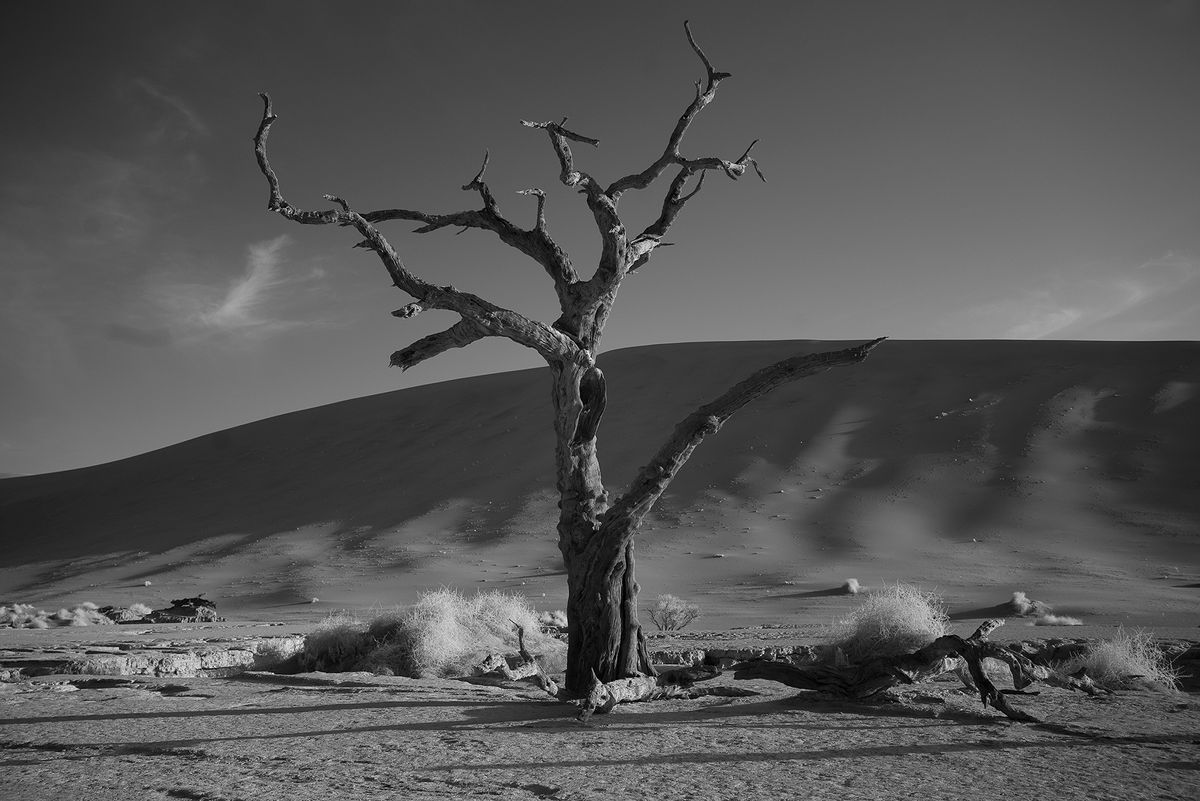 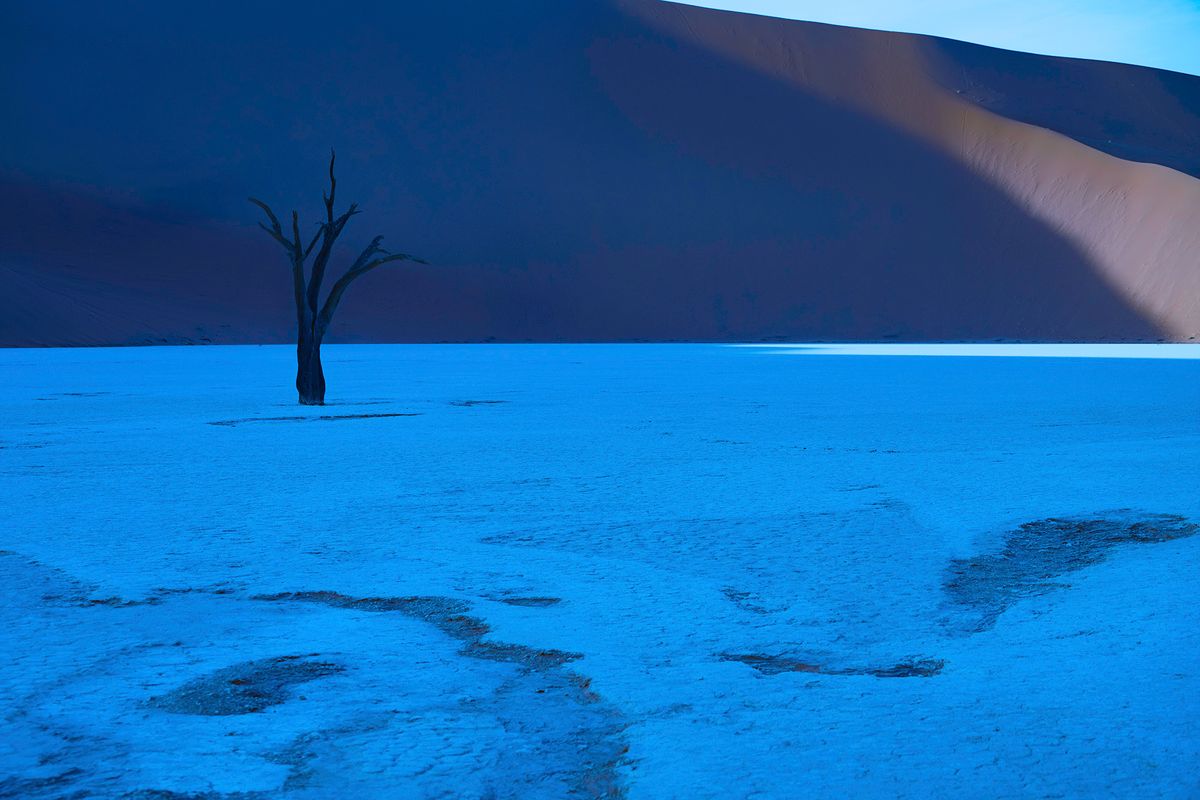 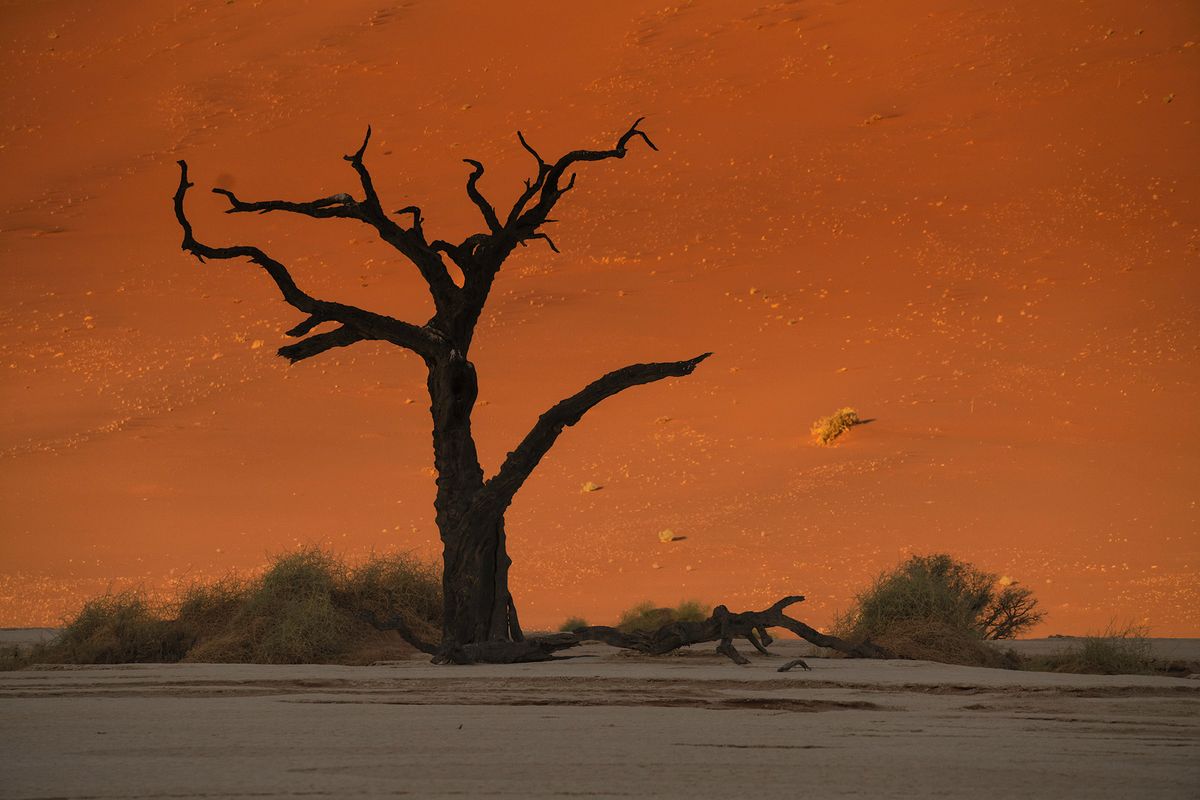 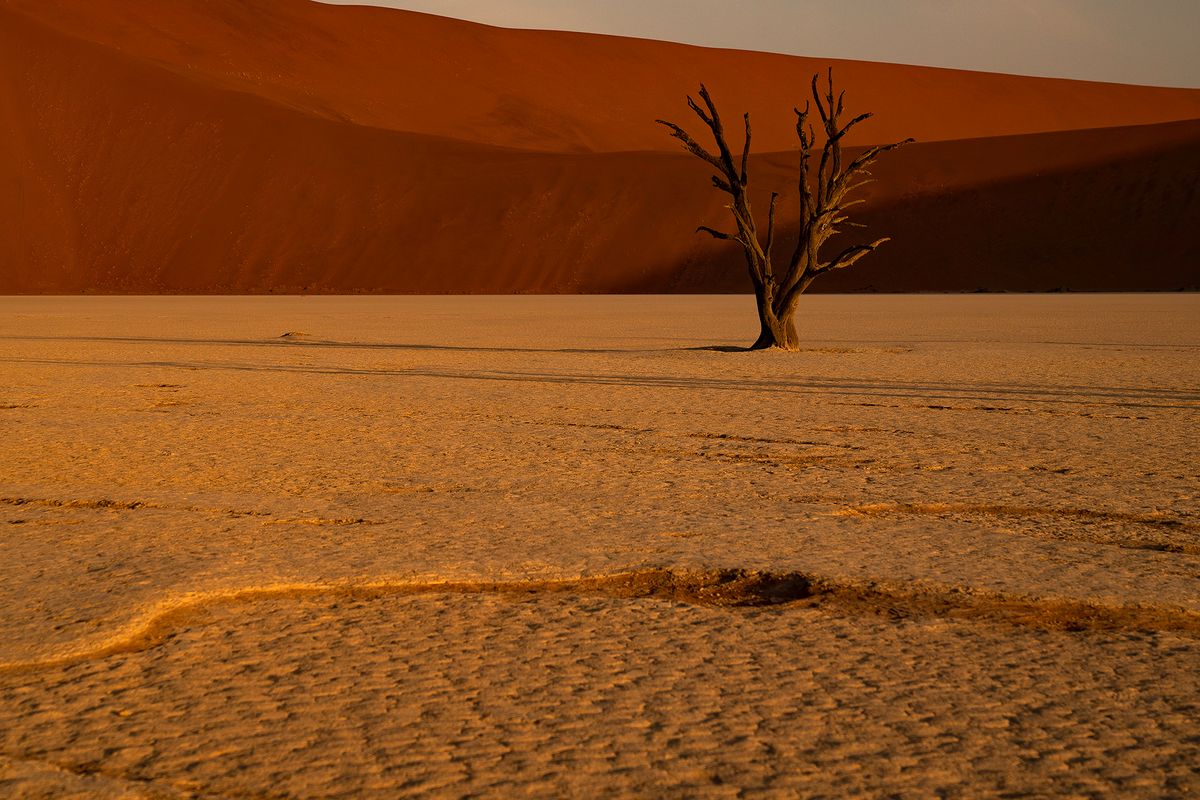 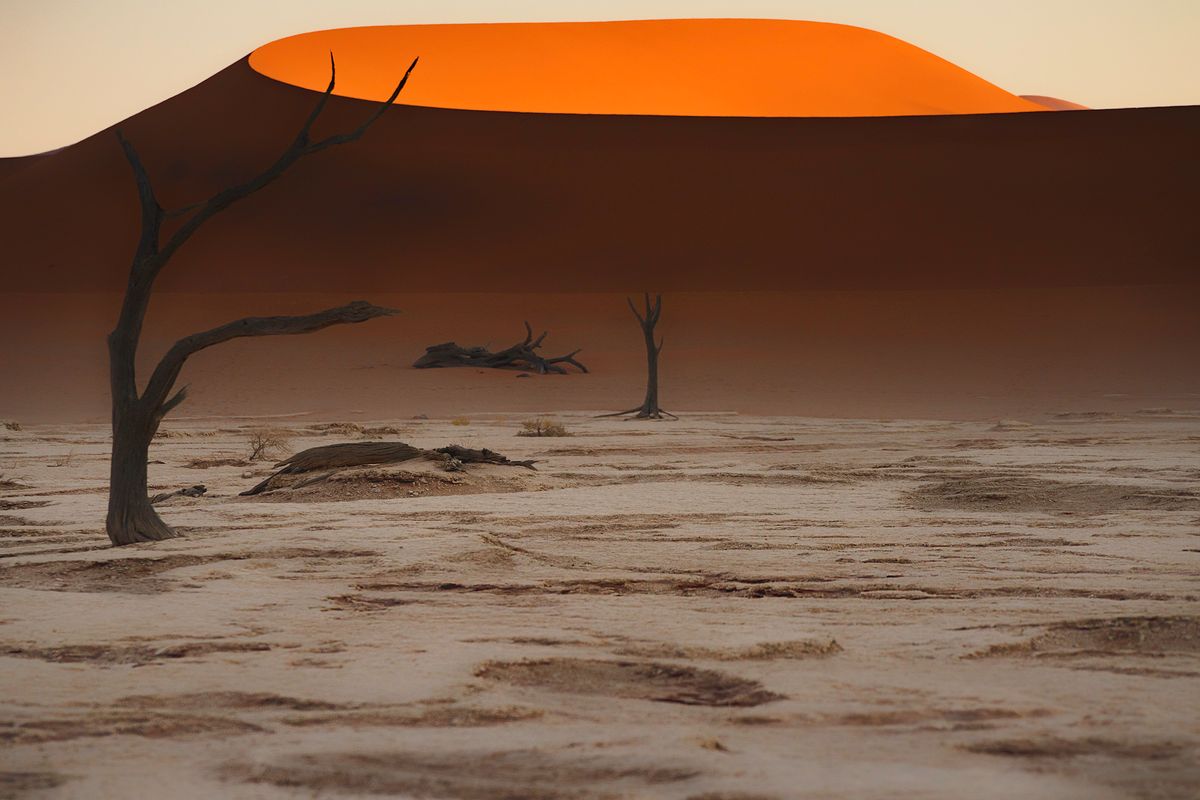 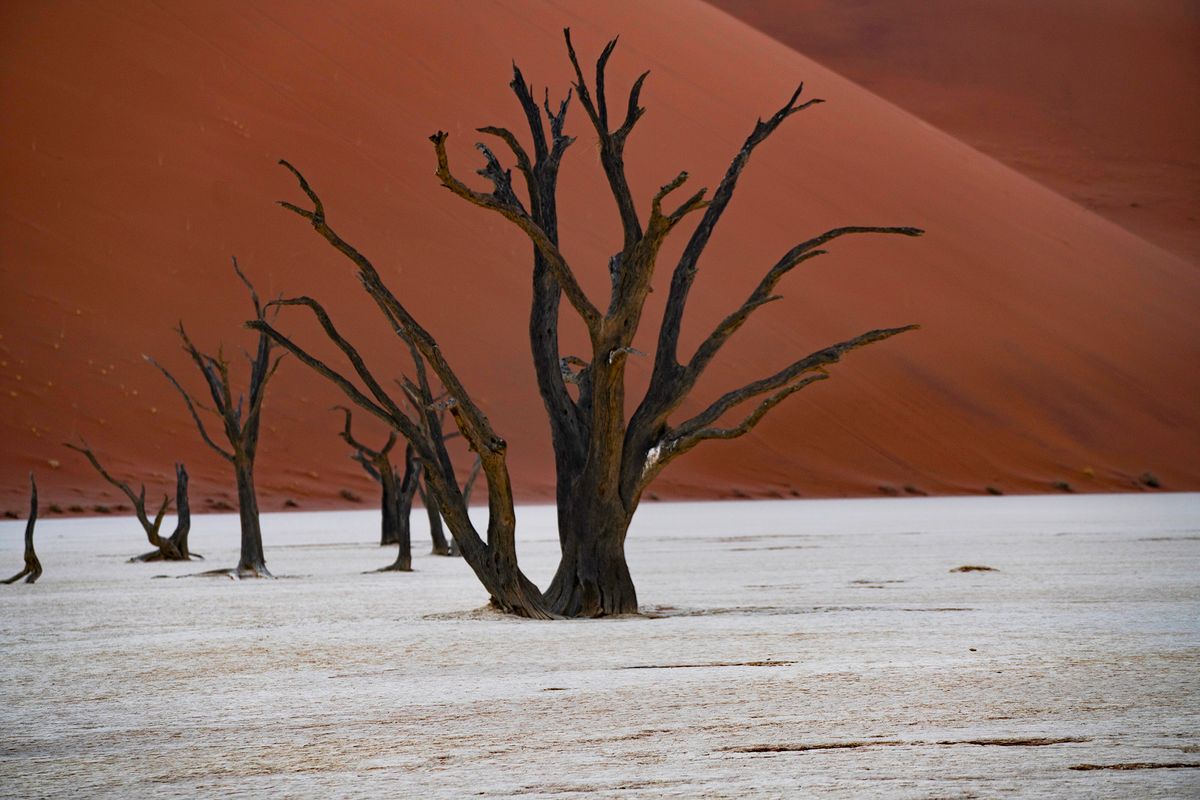 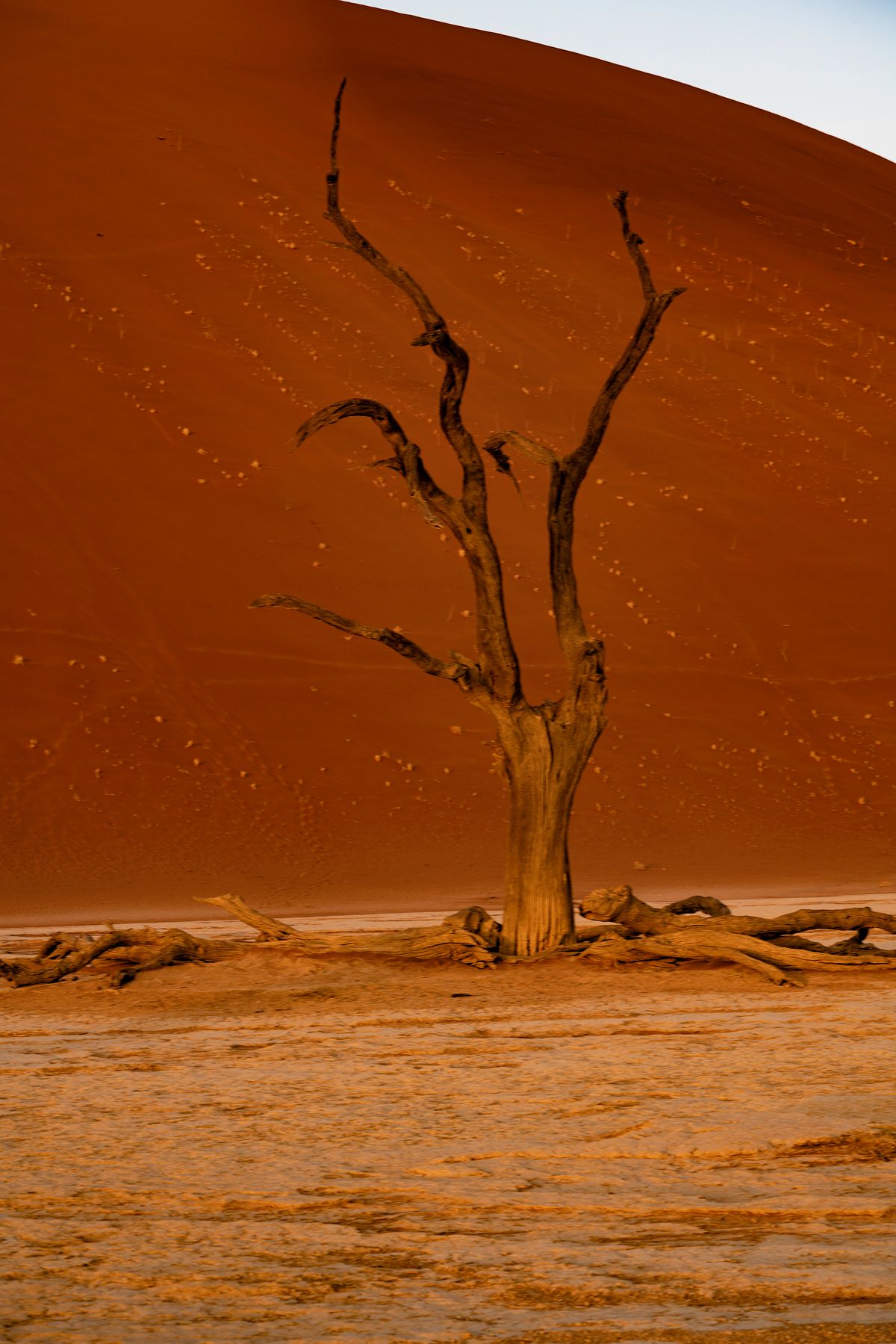 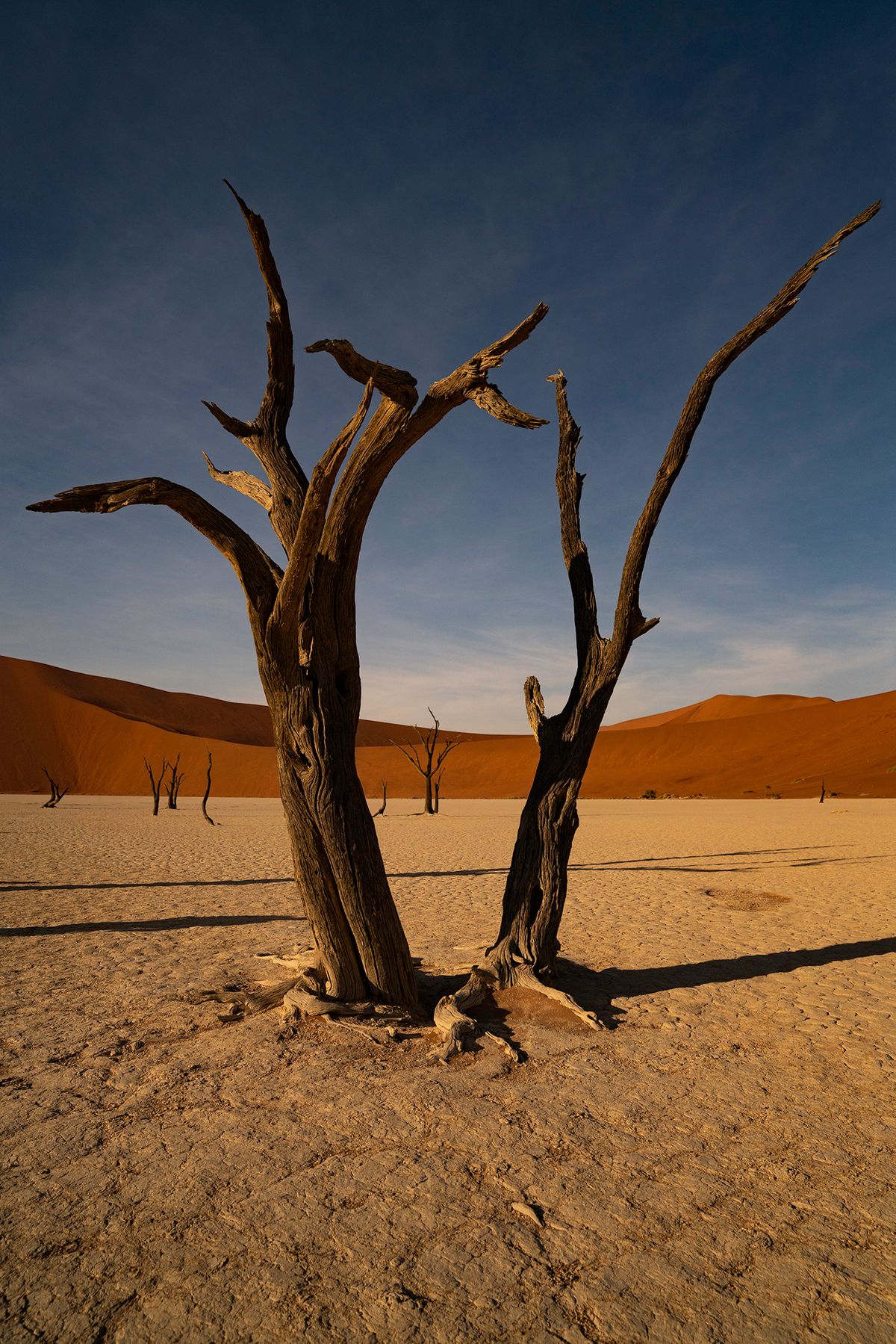 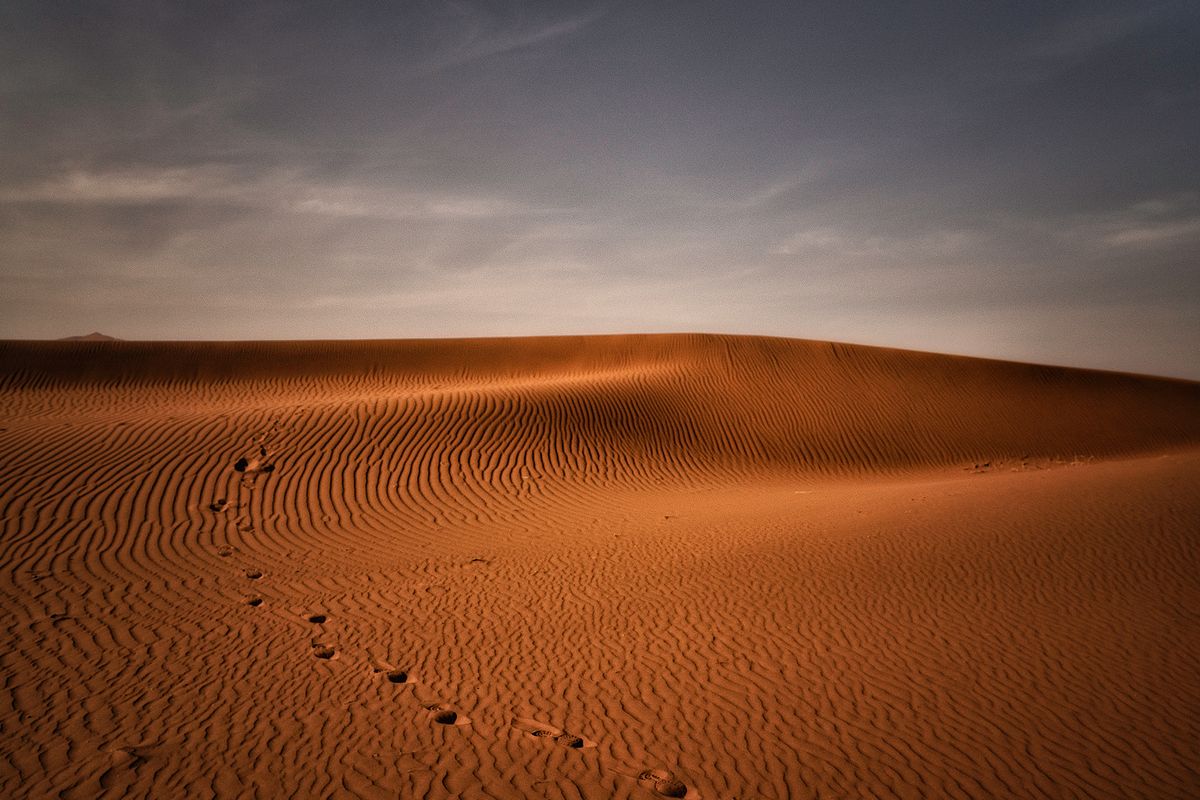 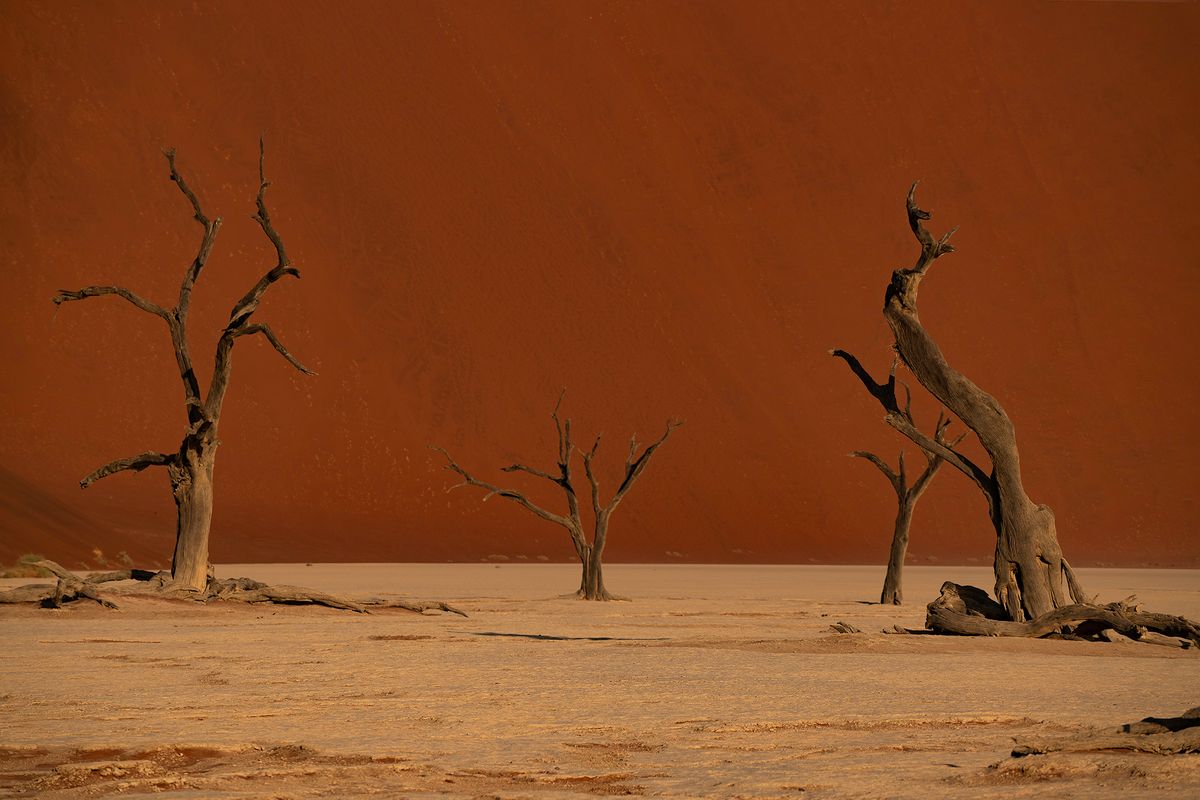 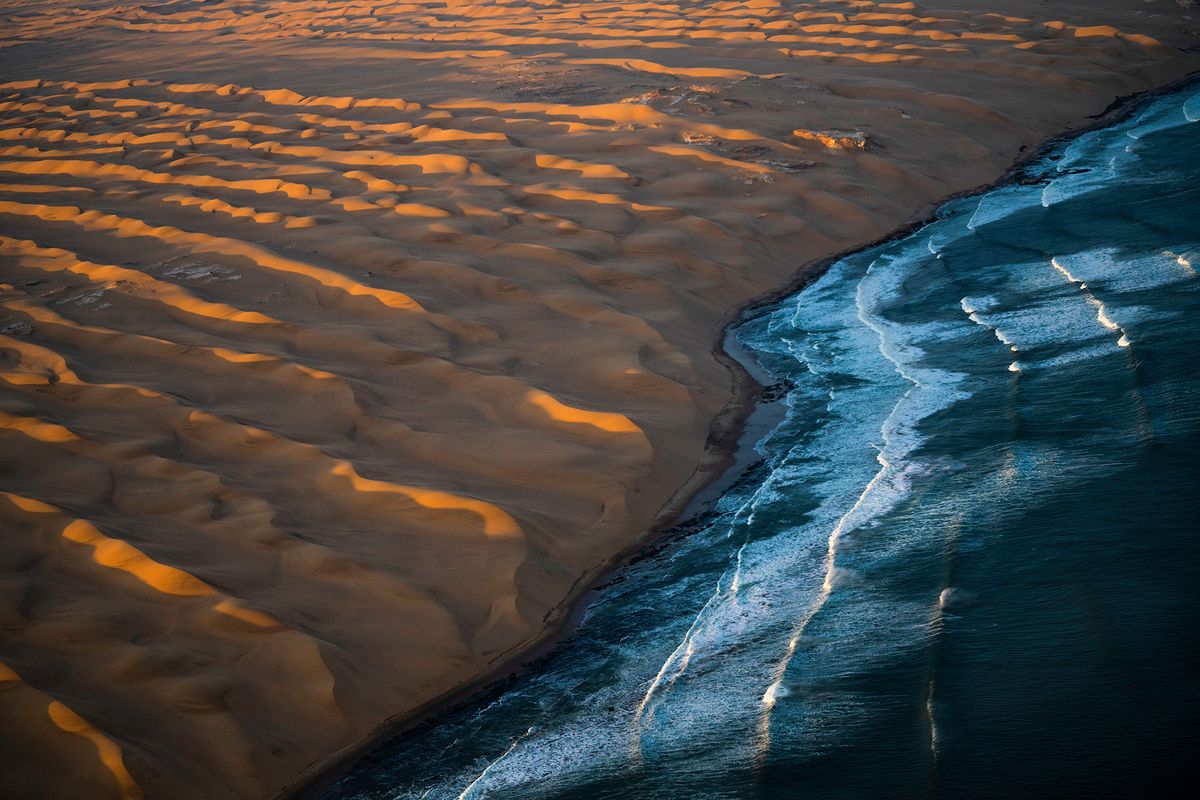 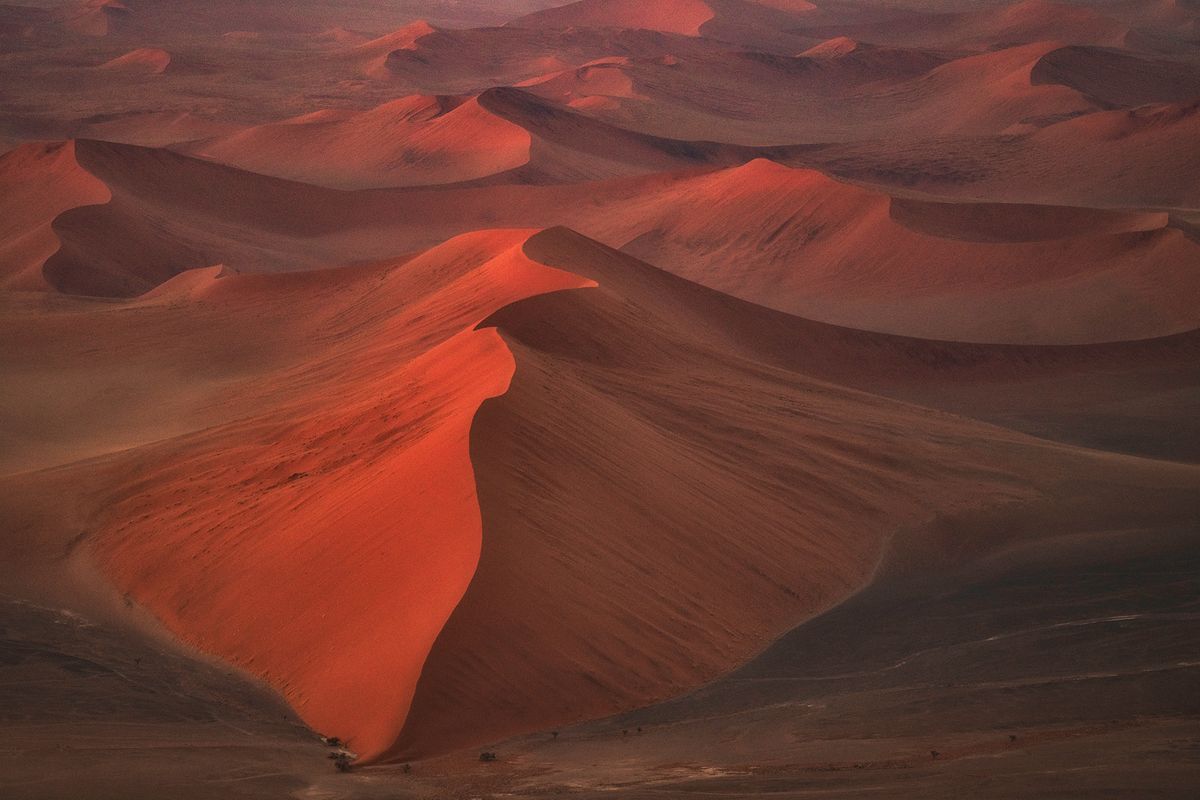 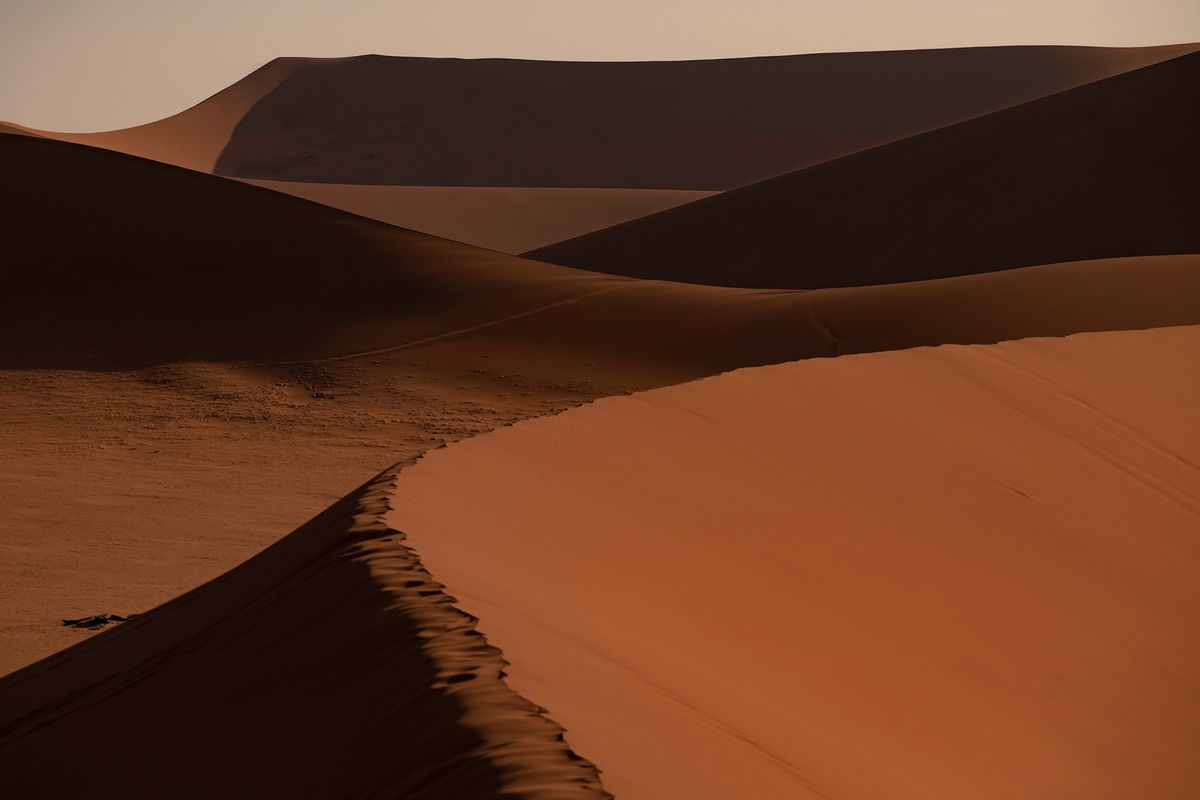 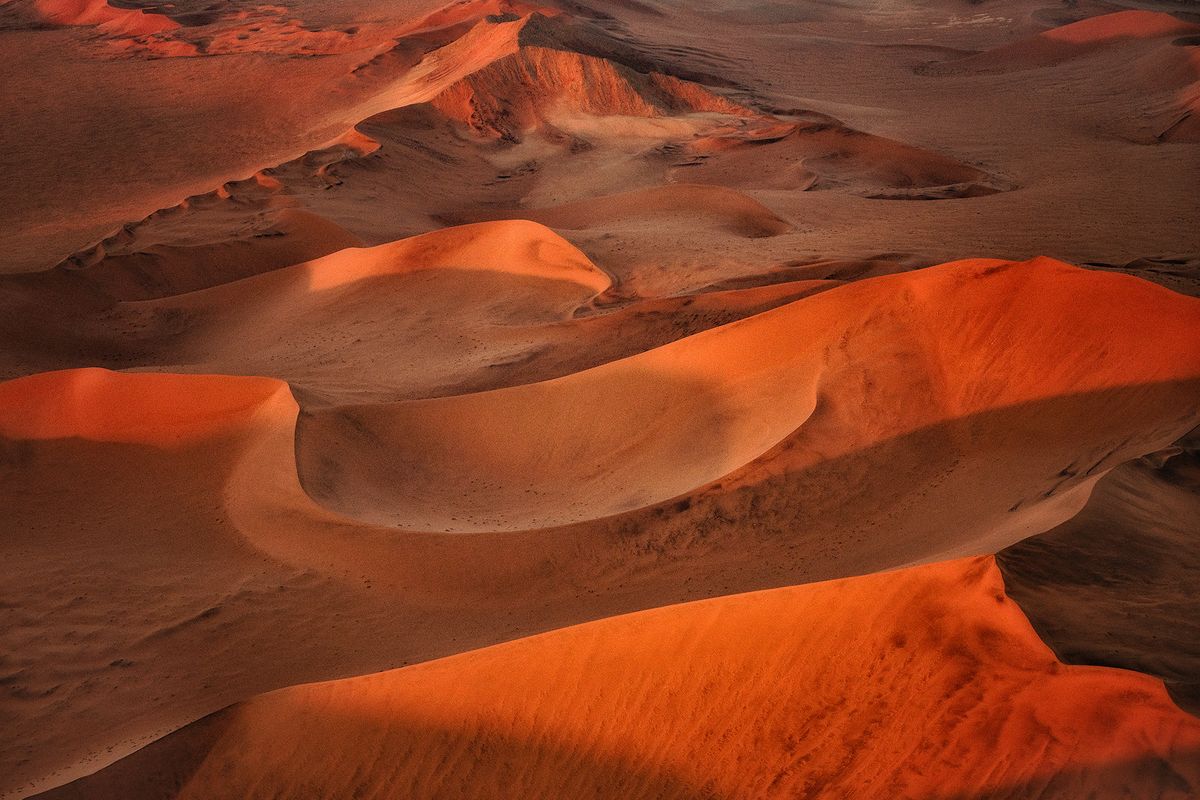 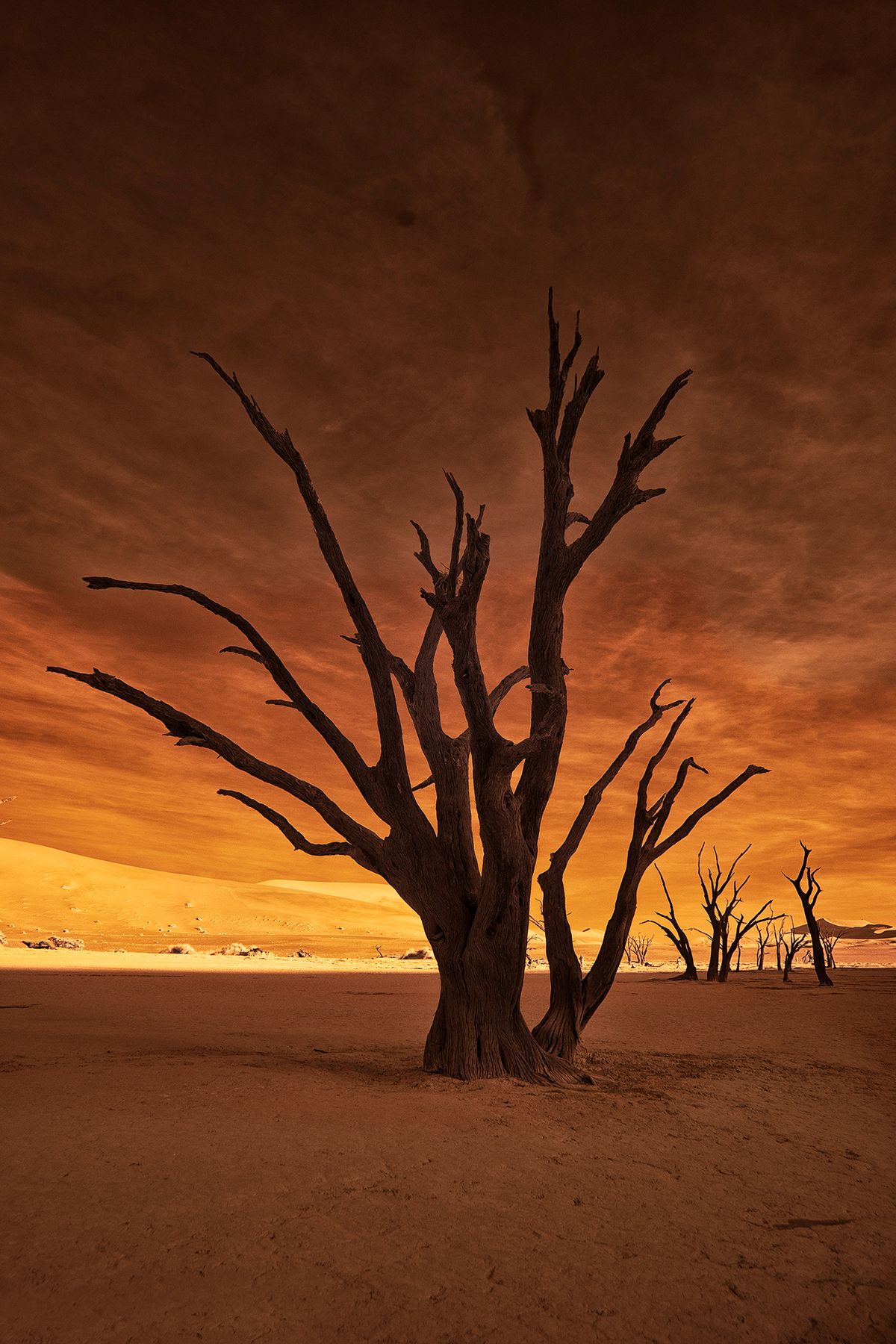 While visiting Namibia in Namib-Naukluft Park, we hiked up sand dunes to Dead Vlie. It is a white clay pan located near the famous salt pan of Sossusvlie. It is surrounded by the highest sand dunes in the world, the highest reaching 1000-1300 feet, which rest on a sandstone terrace.

The clay pan was formed after rainfall, when the Tsauchab river flooded, creating temporary shallow pools where the abundance of water allowed camel thorn trees to grow. When the climate changed, drought hit the area, and sand dunes encroached on the pan, which blocked the river from the area.

The trees died, as there was no longer enough water to survive. There are some species of plants surviving off the morning mist and very rare rainfall. The remaining skeletons of the trees, which are believed to have died 600–700 years ago (ca. 1340-1430), are now black because the intense sun has scorched them. Though not petrified, the wood does not decompose because it is so dry. Lucky for us because the visuals were stunning and we were able to photograph there for a morning and evening.