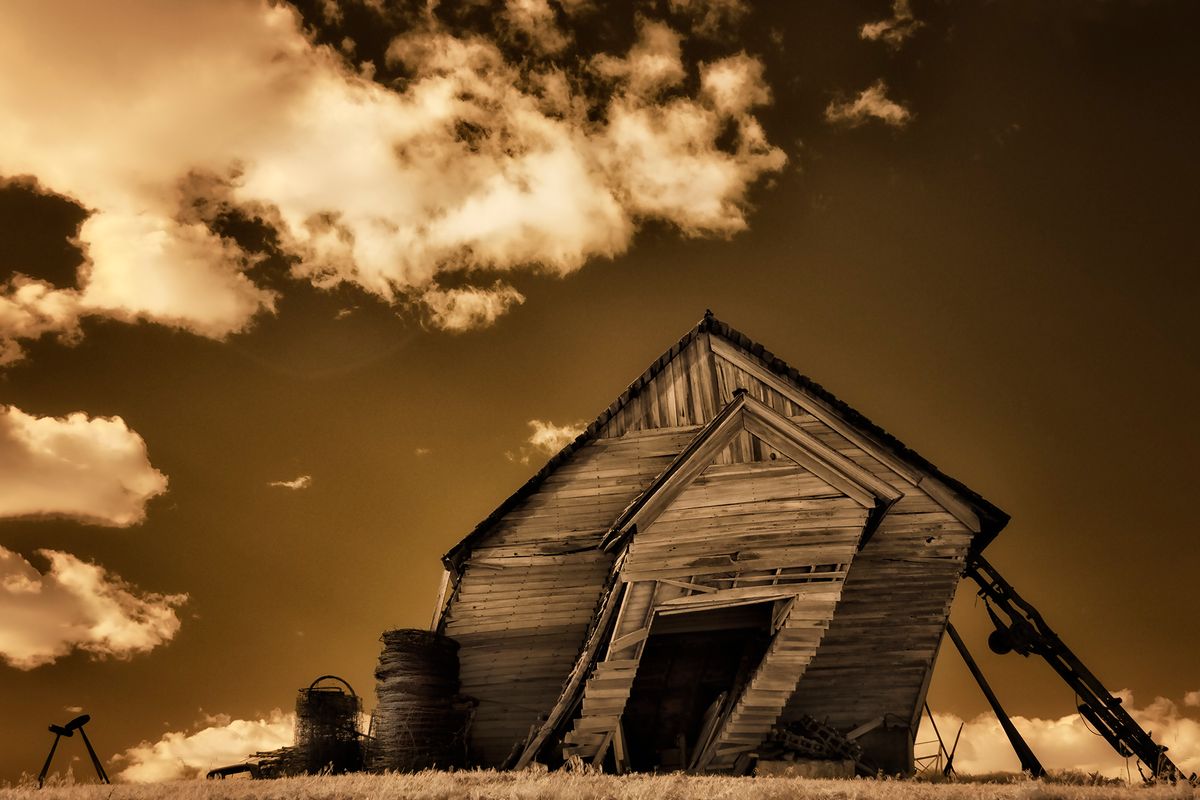 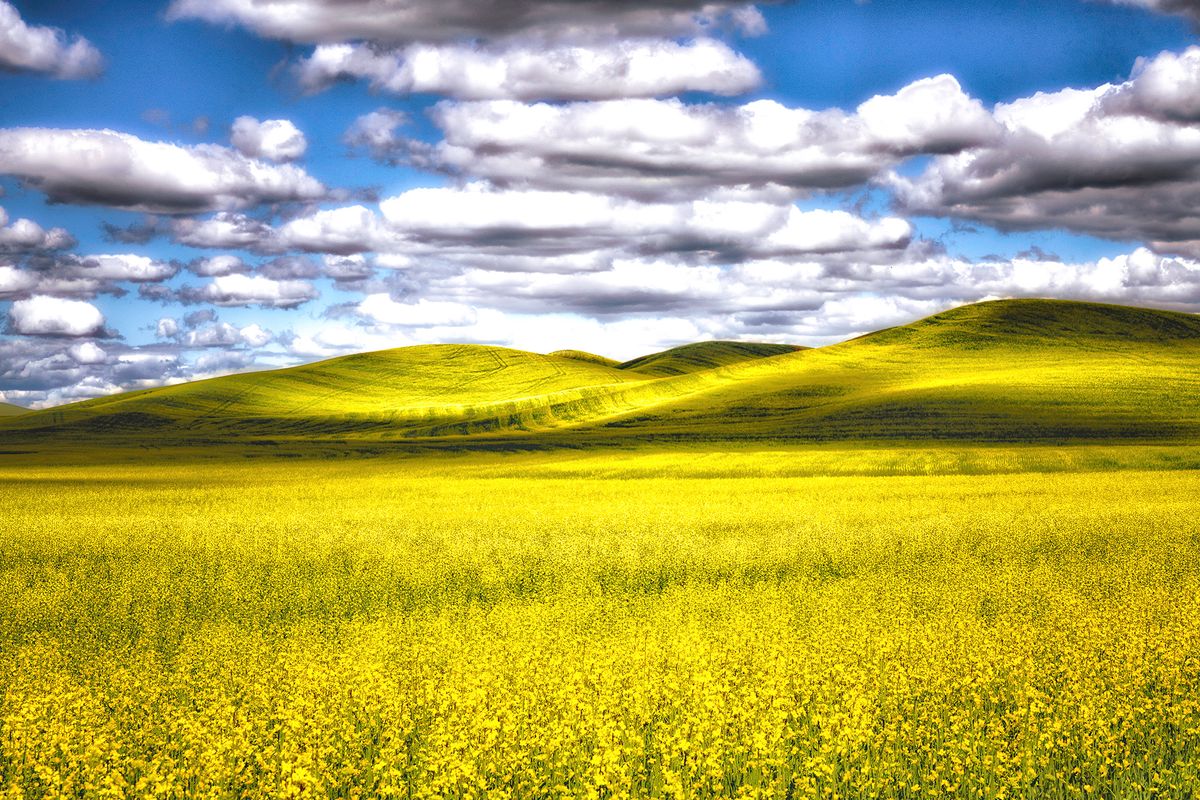 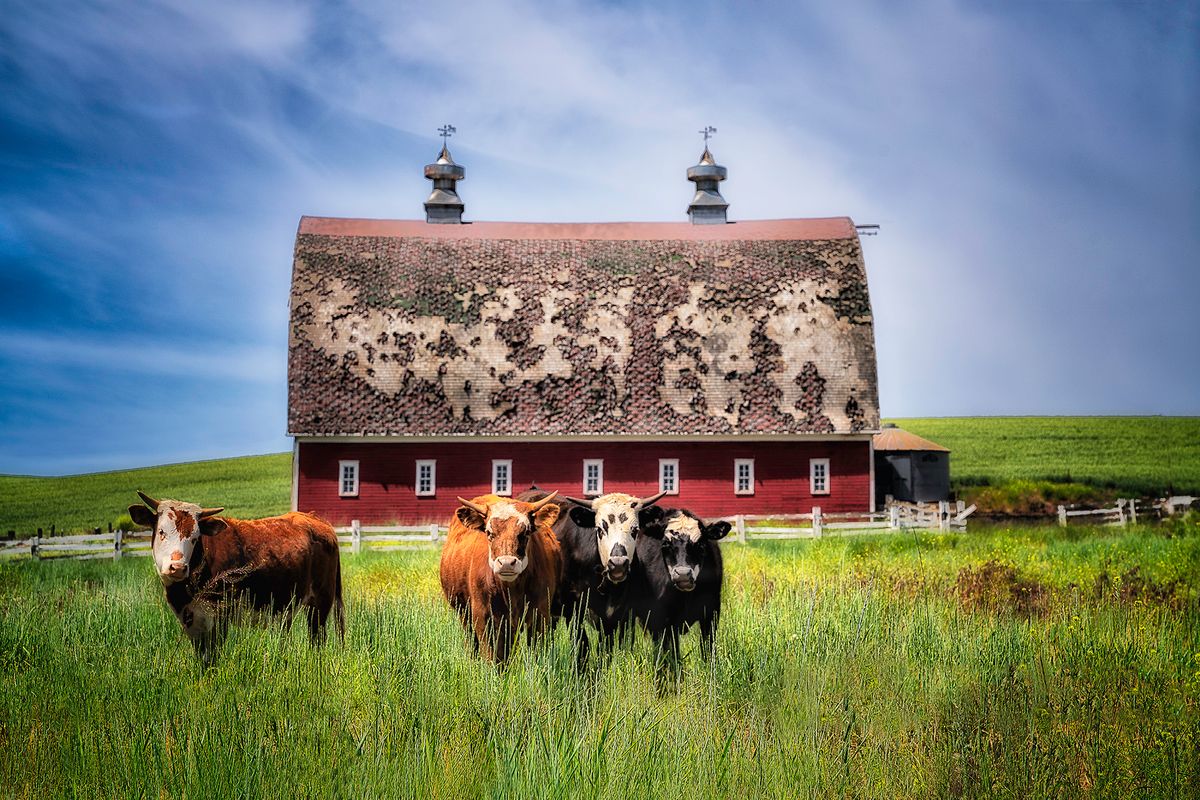 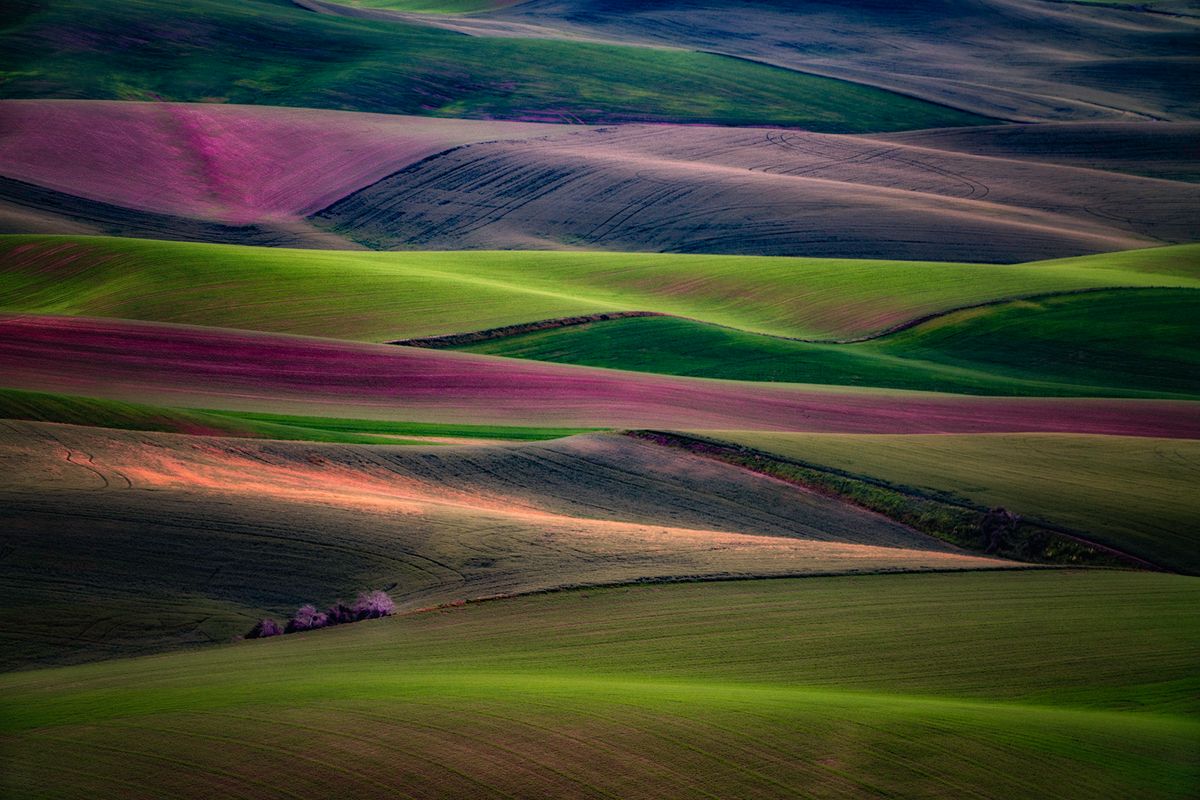 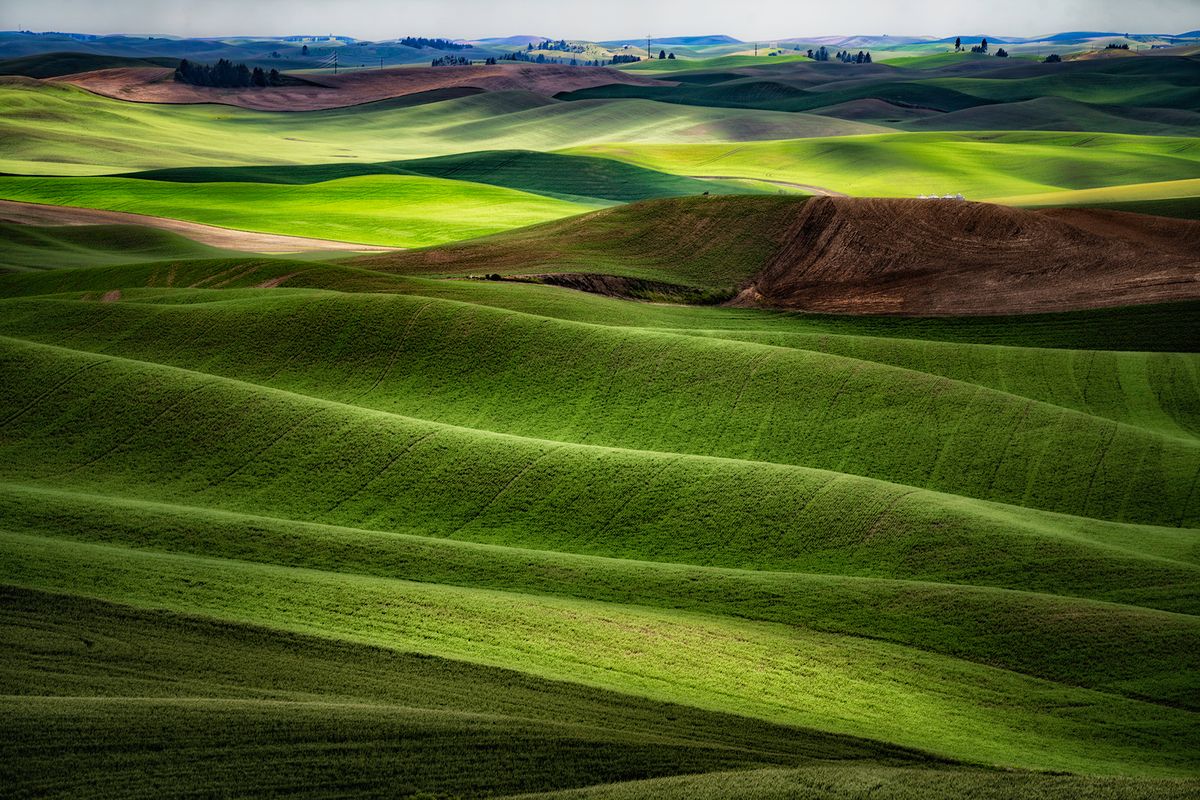 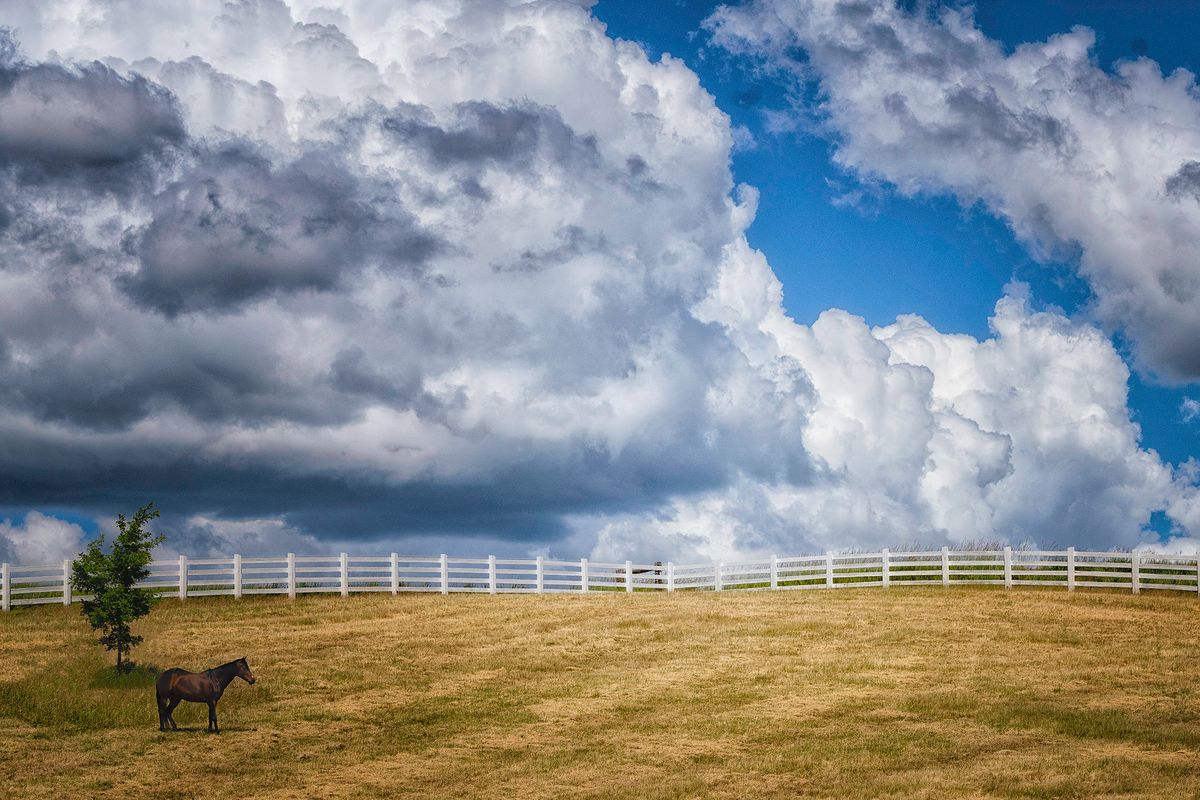 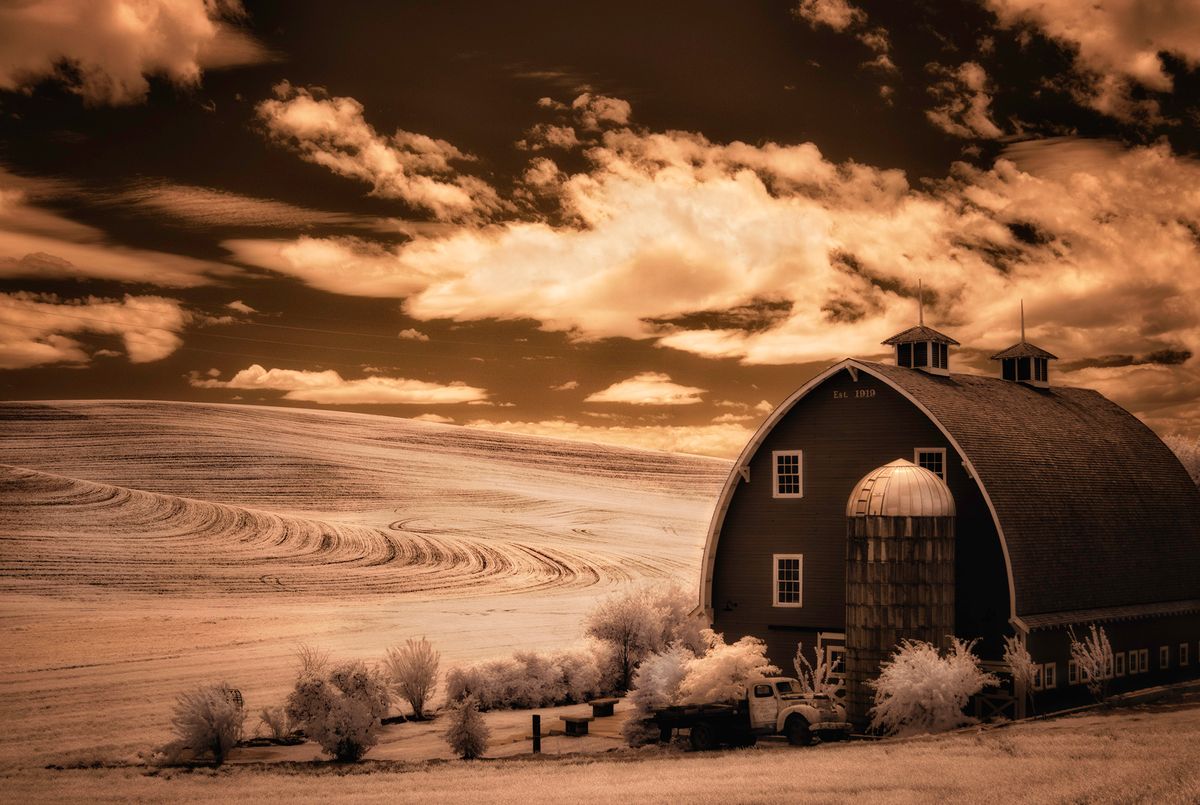 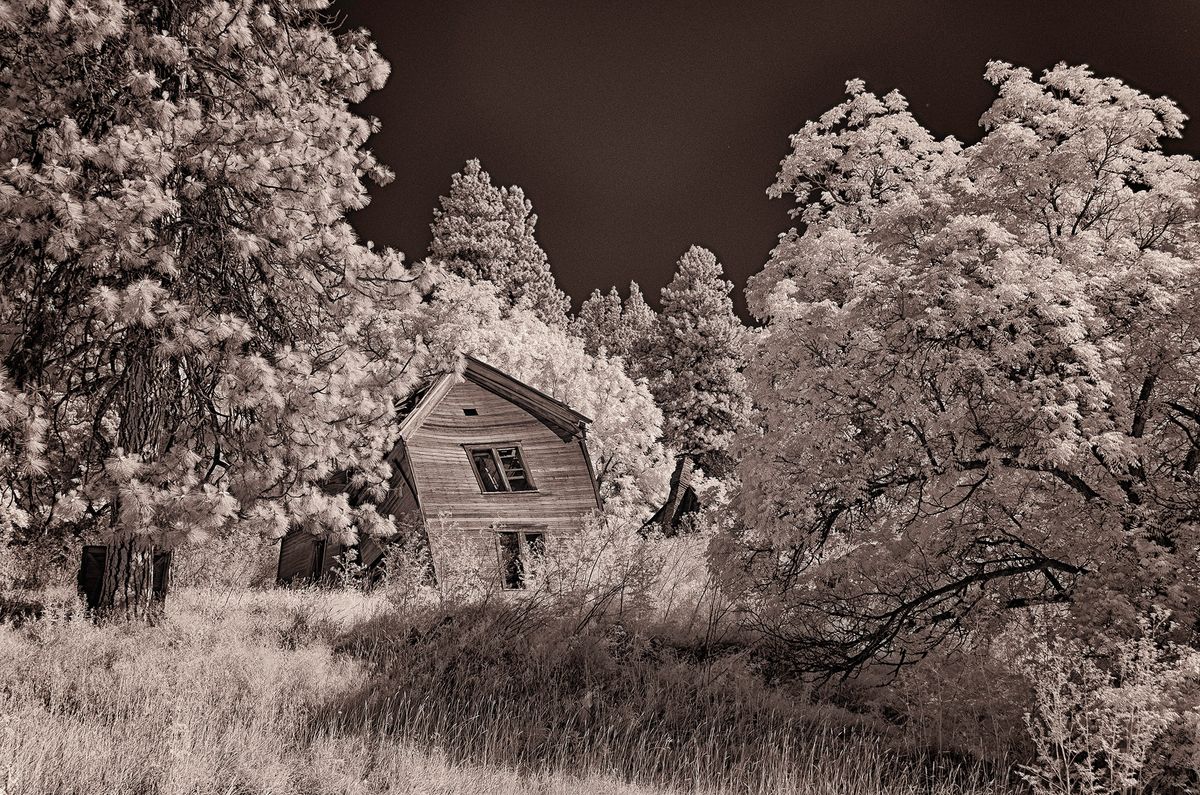 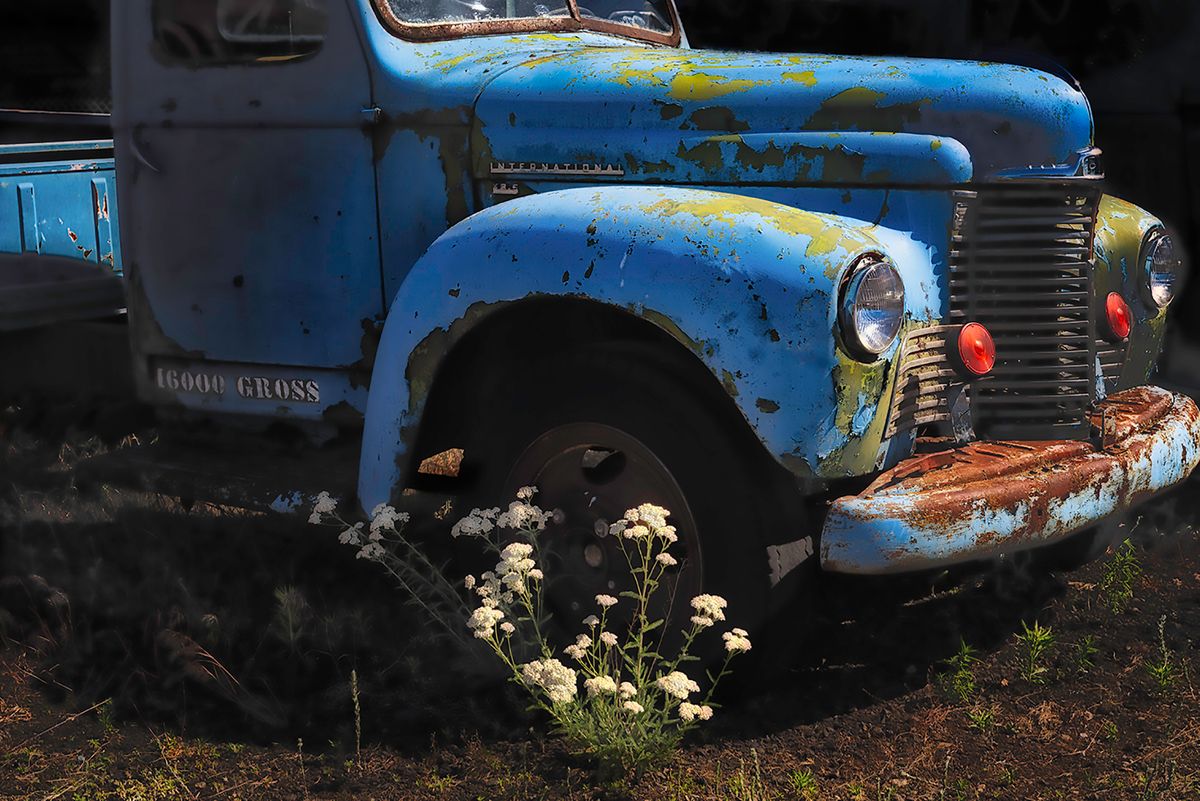 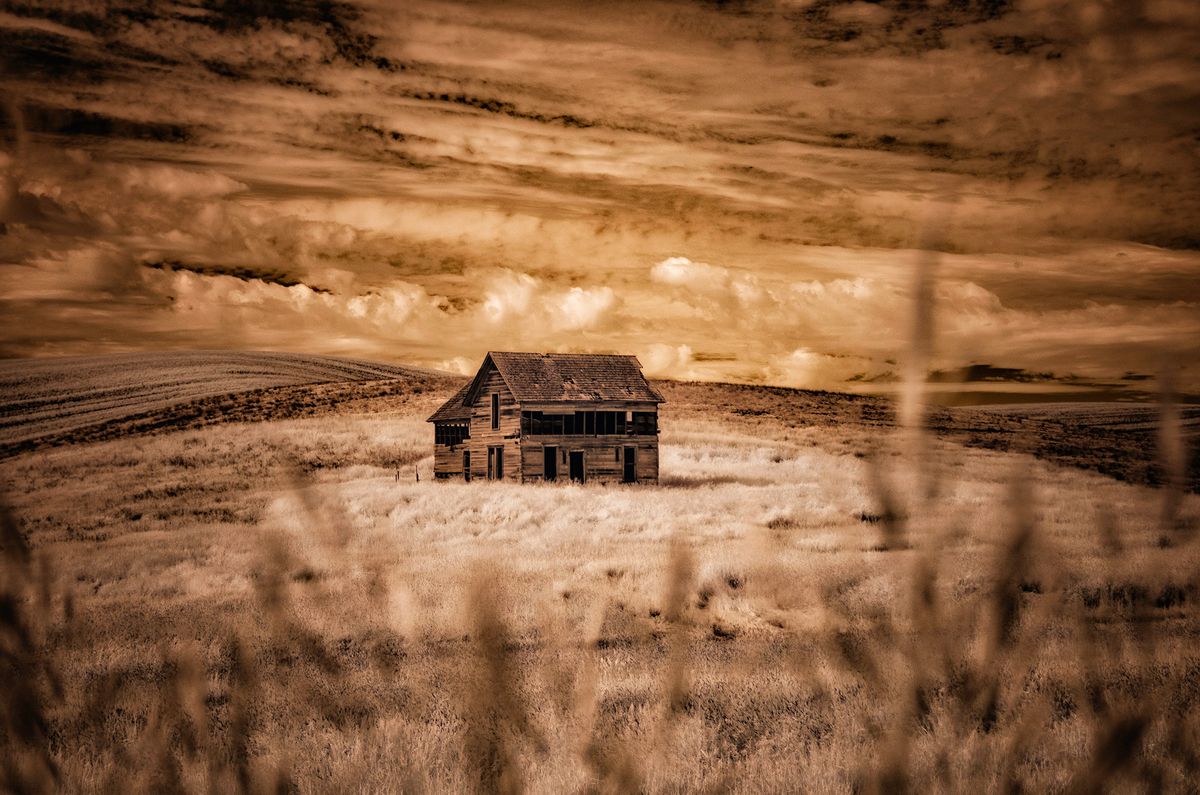 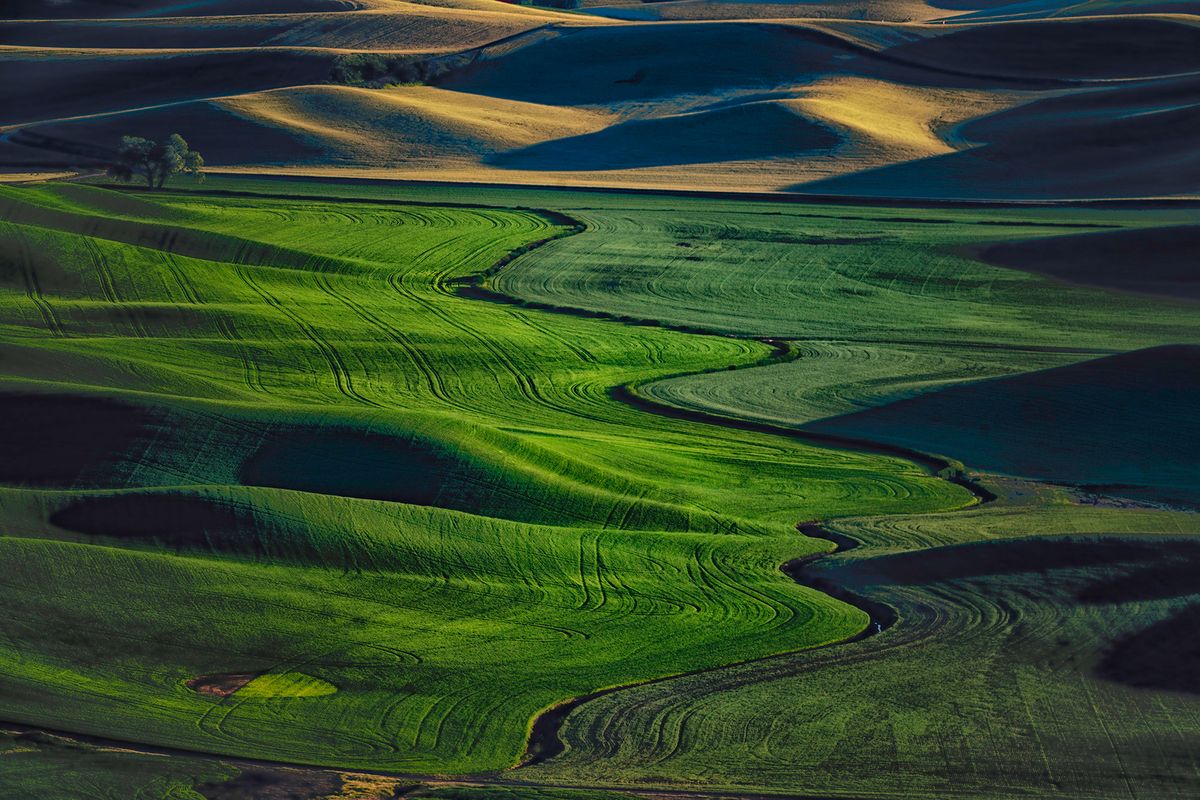 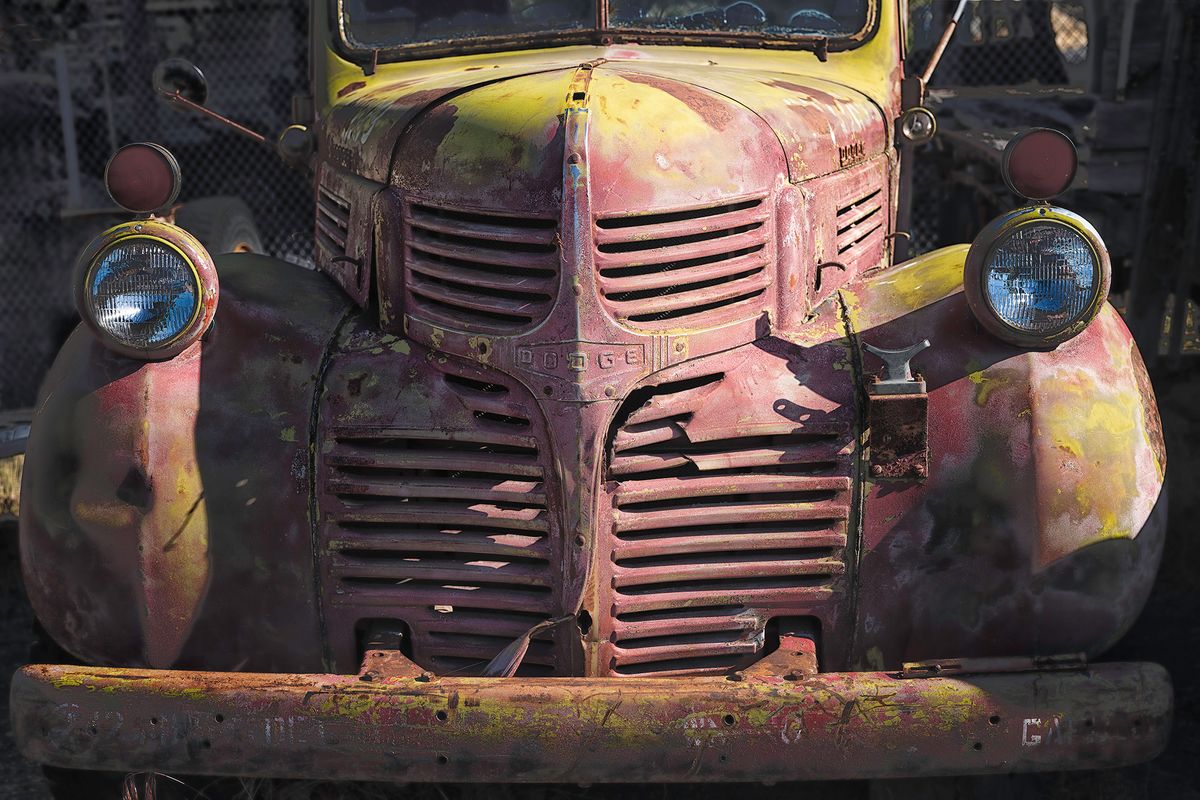 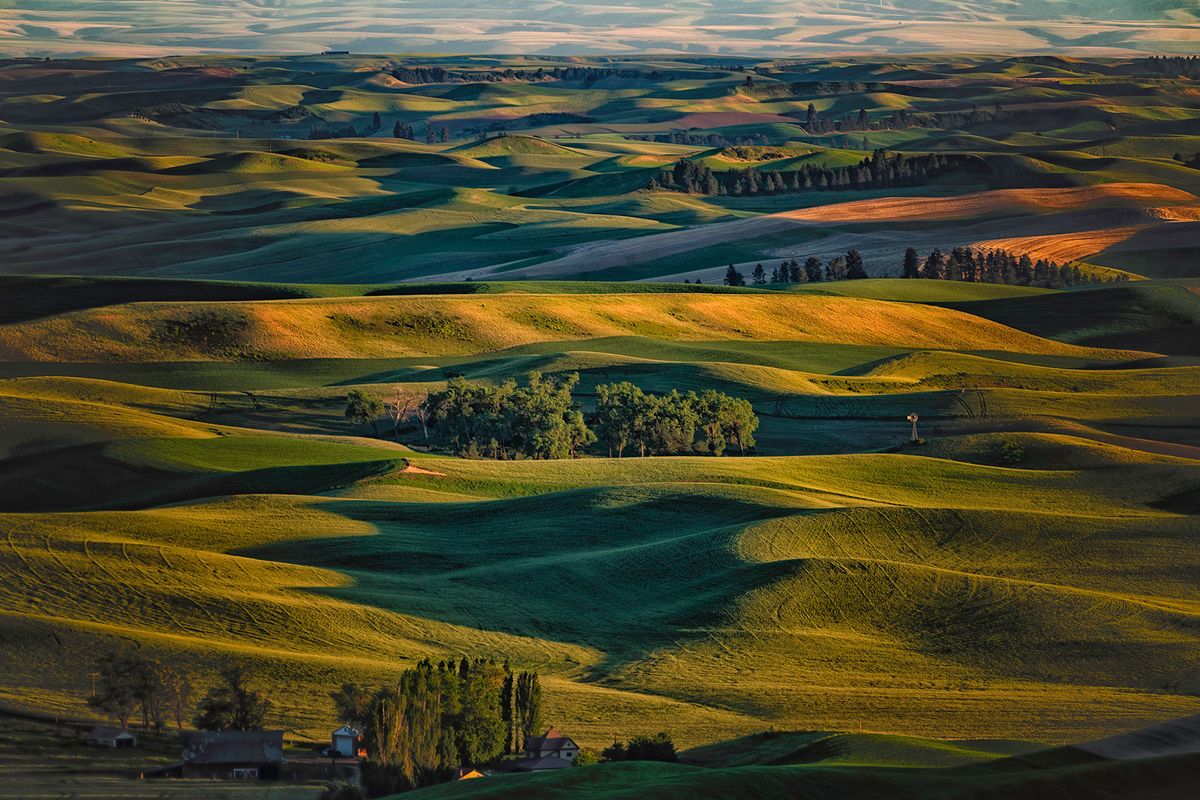 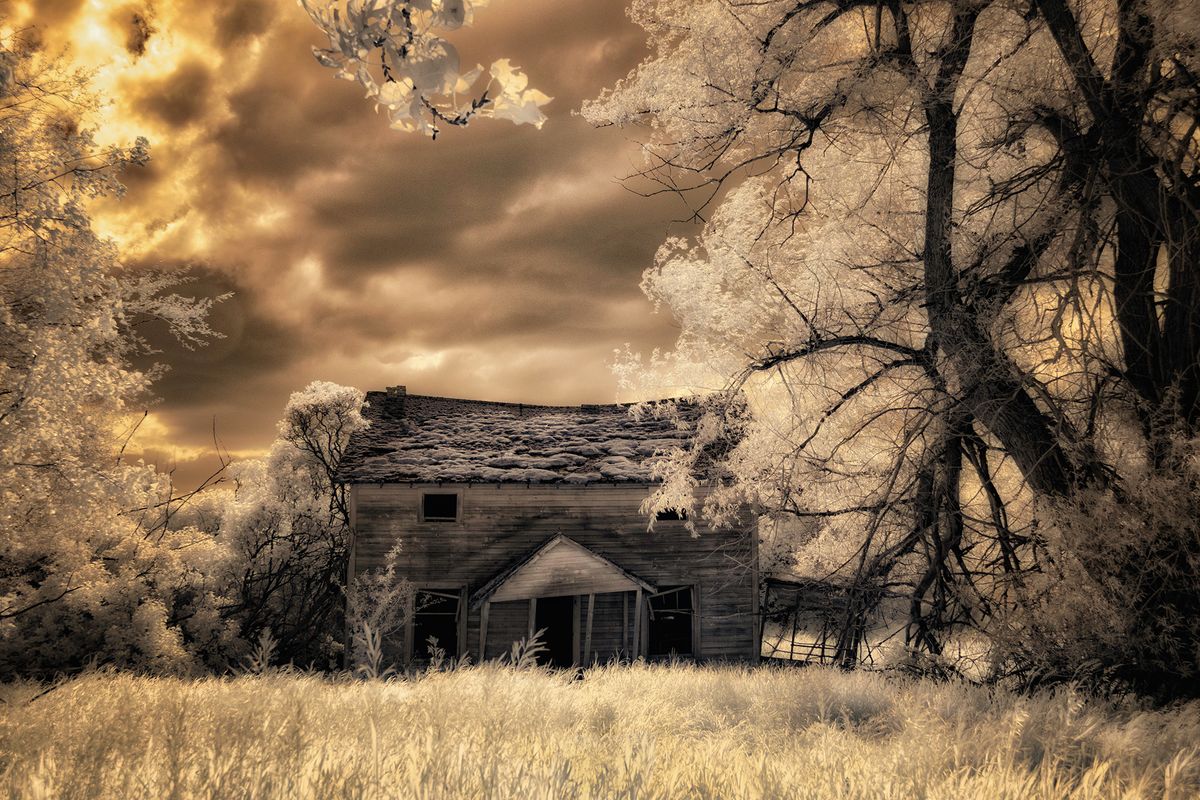 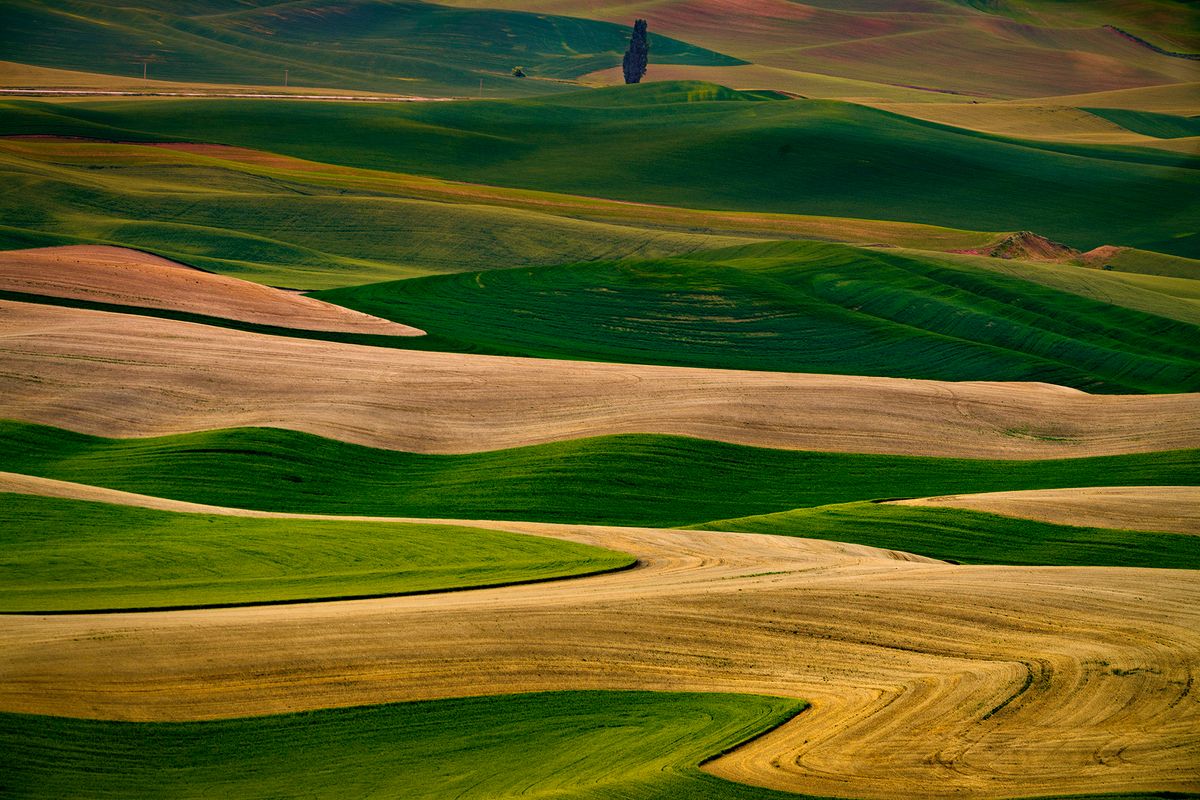 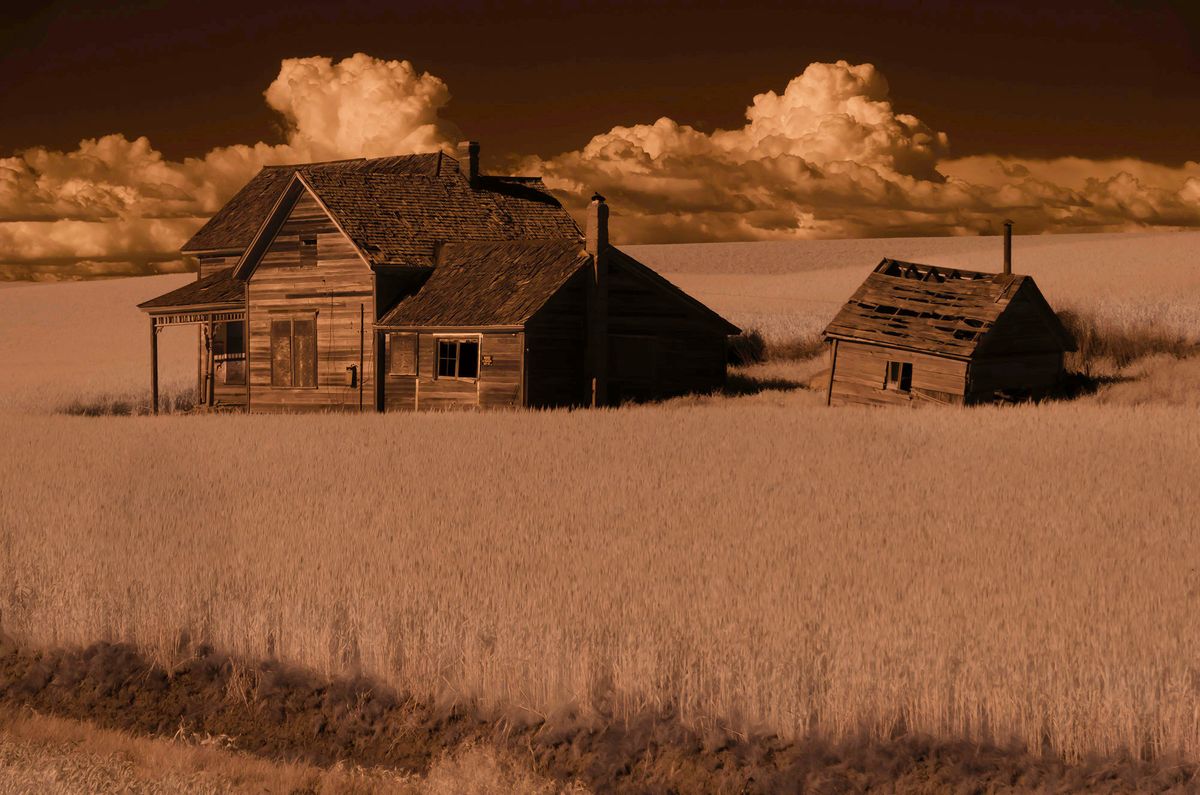 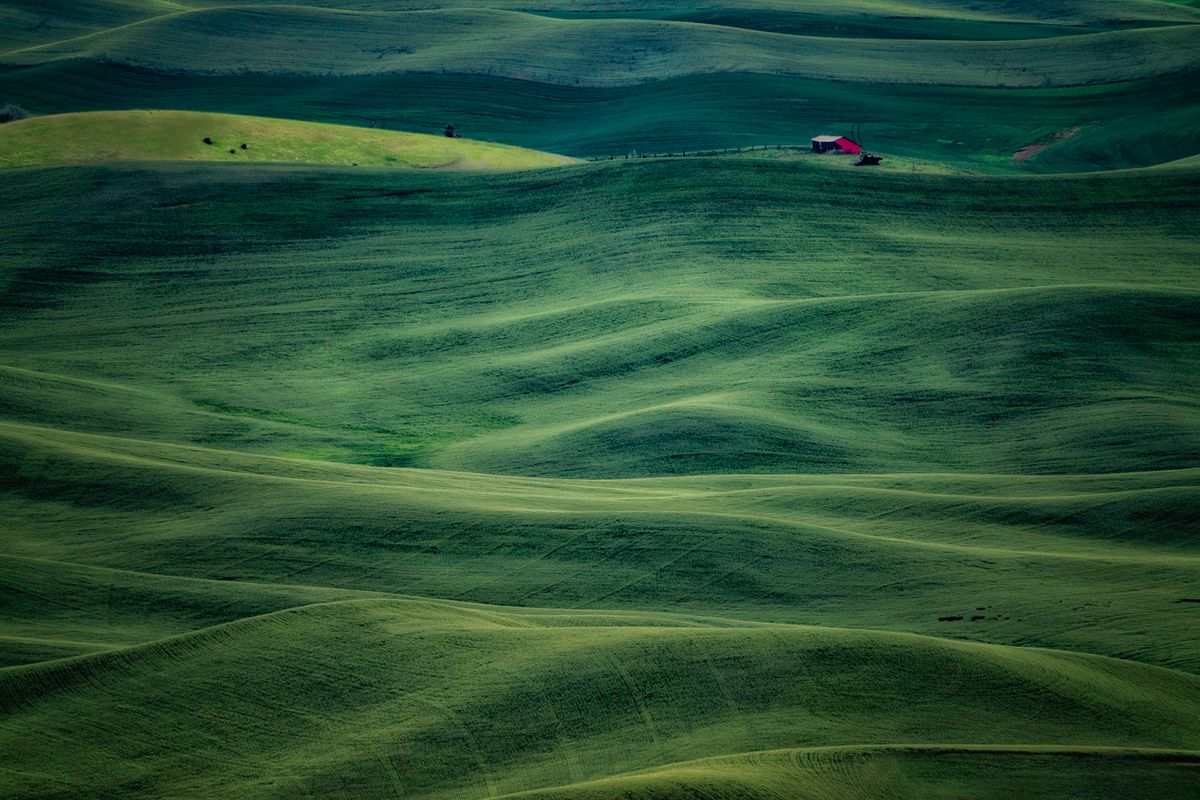 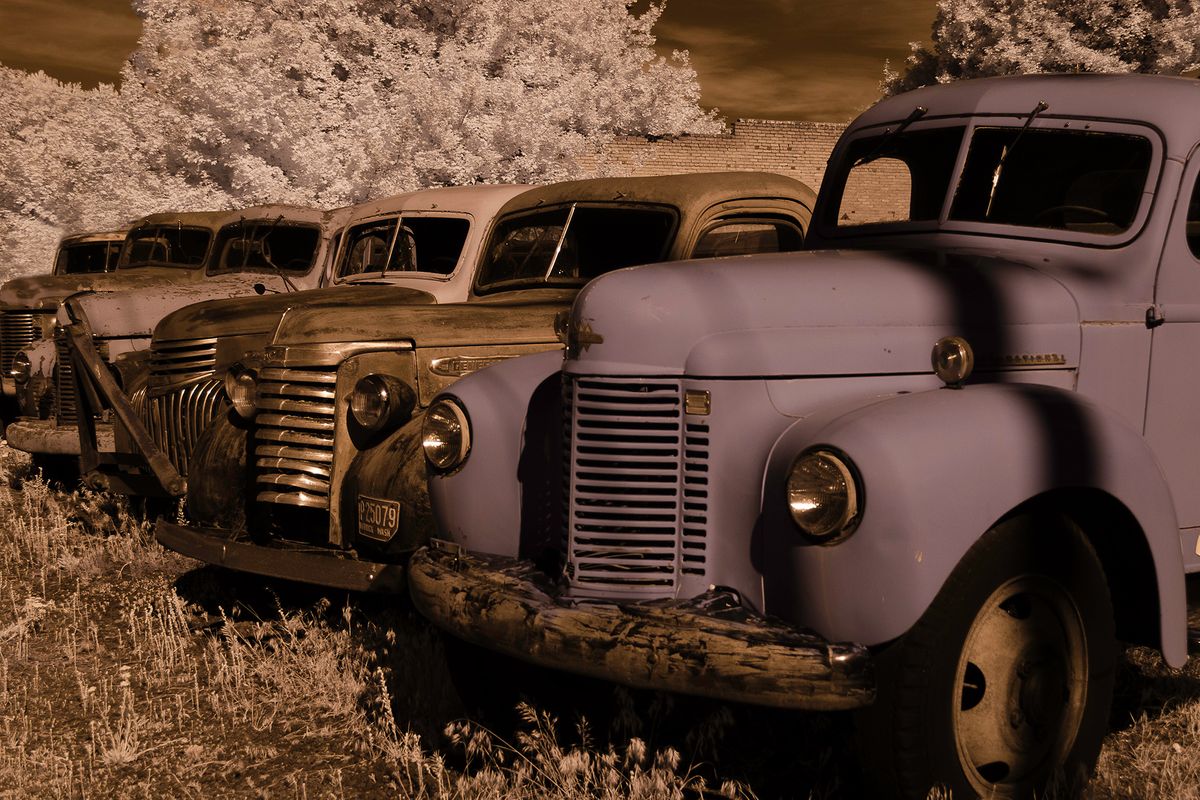 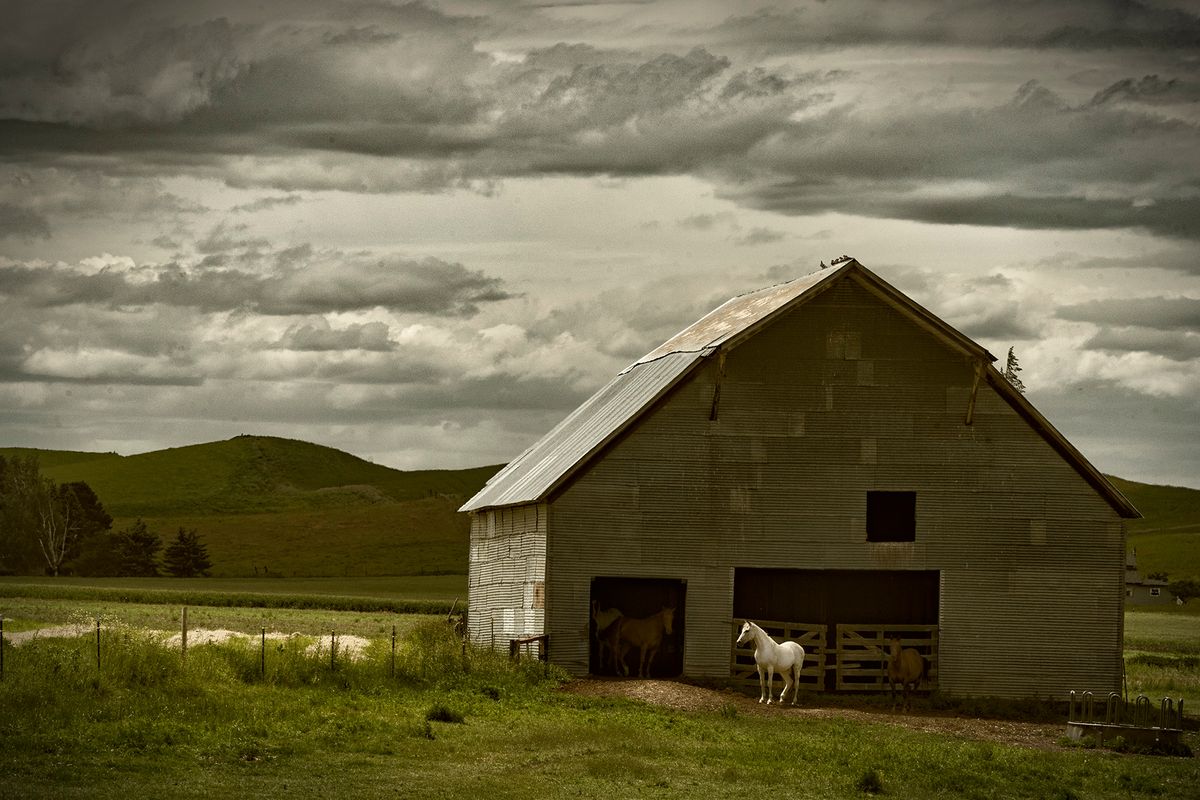 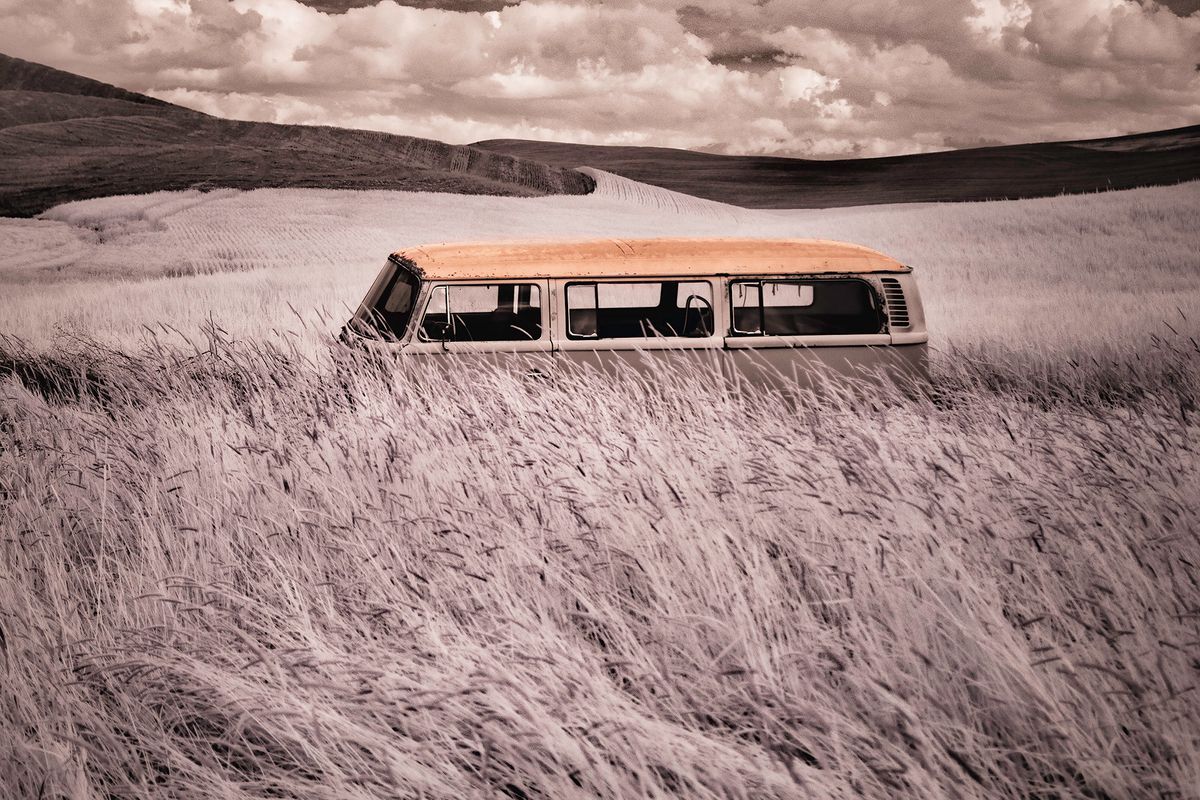 The Palouse is the most serene and pastoral of the seven wonders of Washington State. It is a region in south eastern Washington characterized by gentle rolling hills covered with wheat fields. The hills were formed over tens of thousands of years from wind blown dust and silt, called "loess", from ﻿dry regions to the south west. Seen from the summit of 3,612 foot high Steptoe Butte, they look like giant sand dunes because they were formed in much the same way. In the spring they are lush shades of green when the wheat and barley are young, and in the summer they are dry shades of brown when the crops are ready for harvest. Located on the border of Idaho and Washington State, it is the 2nd largest wheat growing area in the world. You see hills for miles laden with wheat and old rustic barns. I spent a week there photographing the Steptoe, rolling hills, cloud shadows, crooked houses and old crumbling cars. Very cool!